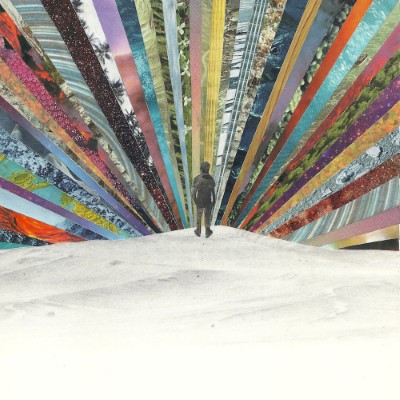 Dylan Menzie has taken his knack for writing emotional love songs and has turned it into a full-length album on his latest effort. His ability to speak on love aboard so many different vehicles including dance-inducing funk songs to stripped-down intimate ballads shows off his extensive versatility in the tracklist on Lost in Dreams. This album is a lifeline for hopeless and hopeful romantics alike.

Interestingly enough, the album opener and title track, “Lost in Dreams,” is a six-and-a-half-minute ballad, whereas most would expect to find a faster-moving song to kick things off. This song, though, captures every theme the album portrays and channels it into a softly-sang lullaby. They say it takes about seven minutes to fall asleep, and this song just about makes the cut. Its soothing nature hits home to the point where the listener enters a state of introspection, reflecting upon memories and wondering what could’ve been under different circumstances. Although much longer than a typical song, nothing about this one feels forced. Every melody is a hushed, familiar tune, and every transition sounds as natural as the swaying of trees. It’s a bold move to start your debut LP with a lengthy epic, but it sets a heavenly foundation for the rest of the album. A wondrous instrumental section fades into the lead single from the record, “Wild,” which pulls a fast one on the listener and switches up the dynamics instantly. Starting off with the sounds of percussive snapping and a rhythmic pop melody chanting “Let me take you away / carried off by the waves / I see it in your face / I know you’re longing to be safe” is sung ever so smoothly. Tight bass-playing can be heard entering the mix, lending the song a progressive and sexy essence to it. A harmonious female voice can be heard in the song’s memorable chorus, angelically accenting to Menzie’s singing, which is reminiscent of Coldplay’s Chris Martin in this track with its genuine tenderness.

“Coocoora” is a unique showing of Menzie’s talent, exploring genres like R&B and soul in this funky new direction. This song undoubtedly exhibits the most hypnotizing work on the record. Its title, “Coocoora” is belted over and over in a soothing fashion that could plant oceanic scenes inside the head of the listener. “Deep In My Bones” showcases Menzie’s capability to write astonishingly vivid lyrics: “You walked in the room and before I could move, I was struck still by the sight of you /  And like never before, I heard the chords / I heard the music but lost the words.” The words sound as if its accompanying soundtrack would be somber, but that’s not the case at all. Instead, a melodic, rock-ballad-esque soundscape takes over and firmly labels the track as one of the most memorable on the LP.

Menzie recorded Lost in Dreams while locked away in a secluded house on a Newfoundland cliffside, and the brisk, breezy Atlantic vibes can be heard from a mile away. “Church Bells” illustrates a maritime love story. The song is duetted by KINLEY of Hey Rosetta!, who turns water into wine with her lush vocal style here. The album’s finale, “Goodnight Sweetheart,” is another song where Menzie delivers some serious Coldplay vibes with religious imagery set to cinematic instrumentation. The record ends on a tragic note, as it appears as if Menzie is hinting at the death of a loved one throughout the track’s lyrics: “I hope the birds were singing beautiful songs for you / And all the bells were ringing, and all the people came / Was there a choir there when Saint Peter called your name?” What makes things even more sad, is that a few tracks ago, Menzie was just singing about the wedding of this same love interest.

Overall, Lost in Dreams emotionally unfolds as it progresses, with it ending on the most somber point of the record. The universally relatable theme of love is grasped by familiar pop-hooks and vivid storytelling, all for it to collapse into the also-relatable theme of loss in the album’s closing remarks. The album is accessible enough where it wouldn’t be a surprise if Menzie were to truly emerge as a Canadian household name upon release.