Ashley Lyn releases video for new single “I Want It 2” 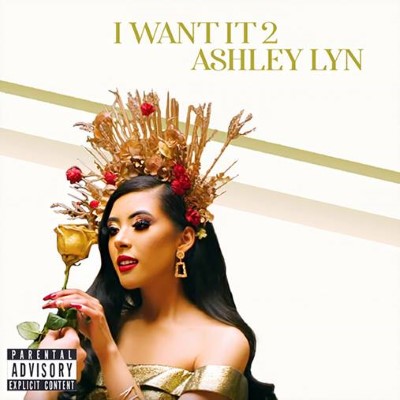 Toronto, ON-based pop powerhouse, Ashley Lyn has released her new single, “I Want It 2” along with a video to accompany the track.

“I wrote ‘I Want It 2’ in a Starbucks with an old classmate of mine from back in University who is now a producer,” she starts. “The lyrical concept was to make a modern-day version of Cassie’s ‘Long Way 2 Go’ mixed with a few of my other influences like Fifth Harmony, Jasmine Villegas, Pia Mia, Tinashe, and Mabel.

It reflects a lot of my own real-life experiences in the way that being picky with dating or ‘hard to get’ often makes guys try even harder in their pursuits,” she shares. “Often, in the most entertaining, or dramatic, or comically off-putting ways.

I think a lot of people will be able to vibe with the female empowerment aspect and confidence in the track.”

“I Want It 2” may have been Ashley Lyn’s first time recording in a studio, but make no mistake: She was no rookie struggling to keep up.

“When it came to the video, I had started talks with the production company and they said I was the only artist they’ve known to come in fully prepared with slides and a full presentation for all the elements I wanted,” she laughs. “I knew the vision, from the location, to wardrobe, to casting, colour scheme, camera angles, and even other music videos as aesthetic references.

That gave them enough faith in me to hand over the reigns, allowing me to co-direct and produce the project, as well as be involved in every aspect of the decision-making process leading up and during post-production.”

The result is exactly what she had in mind.

“It’s a visual thirst trap,” she nods. “It’s all eye candy with the fashion, the location, the sea of sexy male models, the luxury car…

It perfectly encompasses all the elements of a marketable pop video.”

Check out the video for “I Want It 2” below, and stay up to date with Ashley via her socials.