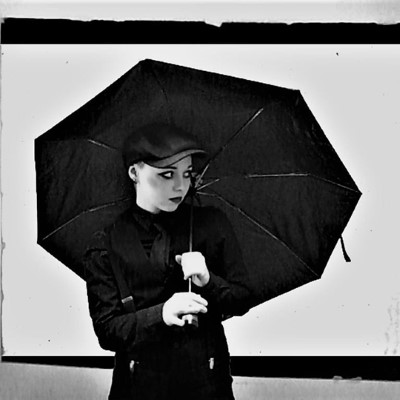 Montreal-based, Winnipeg-born multi-instrumentalist, composer, and visual artist Blue McLeod has unveiled a new single, and video under the name, Grotoko.

“I often use confessional, optimistic, sarcastic, or sometimes nearly nonsensical lyrics to describe various experiences and emotions,” McLeod says of the multifaceted creative outlay. “There’s also a wide variety of musical colours and textures to create a sort of collage of sounds when words might not necessarily be enough.

“Mister” was written almost entirely on the spot,” McLeod continues, adding that it was written about a highly personal experience. “Now it’s a song that seems to change tone every time I perform it.

With a symbolic set-up too good to pass on, Grotoko’s acoustic outlay of “Mister” comes to visual life in a starkly empty apartment on a dreary, weighted-weather day.

“The video was shot in my old apartment in Winnipeg after my roommates and I had finished moving. Somehow, it seemed fitting to play the song in an empty apartment after everyone had left; the emptiness of the room seemed almost symbolic of the feeling of losing someone or something significant, and symbolic with the amount of space available for new experiences.”

Check out the video below, and find out more about Grotoko via our Five Questions With segment.

Hello, everyone, my name is Blue McLeod, I’m originally from Winnipeg, Manitoba and I’m the creator of an art-rock project called Grotoko.

When I’m writing, I like to use a lot of different textures and layering.  I grew up playing classical music, and I still like using sounds and melodies similar to the classical and Celtic styles that I grew up with.  I use a lot of viola.  Every song is unique with a lot of things like textures and time changes.  I love using a lot of uglier sounds because I feel like they’re more expressive of certain feelings, and on top of that they really bring out the quality of the textures that are meant to be less ugly.  Pretty often I’ll have instruments represent or mimic certain sound effects in order to tell a story.  My lyrics can be very confessional and very sarcastic.  I think that my dark sense of humour might be visible in some songs.  I use a lot of metaphors and symbolism in my writing.  Sometimes I use nonsense, but there’s always meaning and emotion behind the music.  My favourite part of being a composer and lyricist is that in art, you can say a lot of things that are much harder to say in just words alone.

With the Covid-19 pandemic currently happening, I do not have any shows planned currently, but I will be doing live streams at the end of each month for the time being.  You can find out when and where to find these streams on my website, grotoko.com as well as on my Facebook, Twitter, and Instagram pages.

When I’m on stage I feel more like I’m having a conversation with the audience.  I make a lot of bad jokes while I’m tuning and usually people laugh at them.  I love small venues because often enough, you can see and hear everyone in the audience, and sometimes in between songs everyone in the room gets involved in a random discussion, that is oddly organized without anyone interrupting anyone else and seems relevant to the show.  I have a number of songs that work as singalongs and those are always fun to do.  Sometimes I’ll have other musicians join me on stage.  I often try to do something visual and make every show a bit different.  I love playing silent films behind me, especially if I’m alone on stage.  I’m just a huge fan of silent films.

I would pick “Hospital Bed (Closet Song no.ii)”.  It was the final song to be written for We All Fall Down and I found that it seemed to really complete the album, and the sort of waltz section in “Hospital Bed” is possibly my favourite part of the entire album.  “Hospital Bed” was a song that I wrote down on sheet music before I played it for the first time, so it came straight from my head onto paper.  I felt like the lyrics really voiced a lot of frustrations that I had at the time.