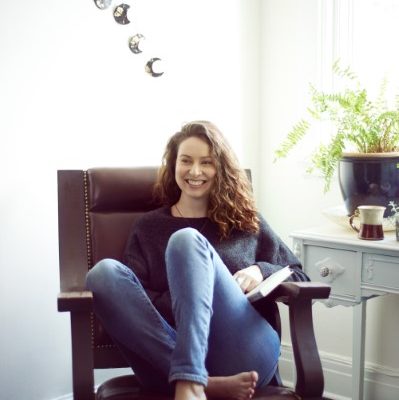 Nelson, BC-based singer-songwriter, Carissa Kimbell is set to release her new album, Like Water in July. In advance, she has released the title track, “Like Water”.

Her new music is an epic three-year journey that began with psychotherapy with the goal of “being able to make music”. Though she had many other things to figure out along the way – one of her greatest pains in life was her inability to follow through on her musical/creative dreams. During those three years, she quit alcohol, started working out, ended a toxic relationship, and began reconnecting to her creativity.  “Like Water” is a reflection of this long journey and her artistic recognition that her depression was there for a reason.  Ultimately, it’s about surrendering her past to make room for her future.

Check out the single below, and find out more about Carissa via our Five Questions With segment.

My name is Carissa Kimbell, and I’m a Canadian singer/songwriter currently living in Nelson, BC. The date of my EP release (July 17th) coincides with the expected birth of my first child  – and was purposefully selected as a powerfully symbolic time to birth a human baby + a music baby into the world. Music hasn’t been an easy path for me. And not because of the usual push or “grind” or anything like that, but because I’ve had a weird relationship with my creativity and with singing my entire life. There have been countless times where I’ve chosen music over something else, and then let it slip away again after realizing how much fear I have around performing and after the limiting beliefs find their way back into the forefront of my mind and actions (or lack of). I’m in my early thirties now, and finally feeling ready to leap into the unknown of what music could be. Perhaps it’s an odd time in life to pick a career start (becoming a new mom is going to be brand new territory in and of itself), but honestly, I know that if I don’t at least try to step fully into music, I will regret it the rest of my days.

I think my music is somewhere in the land of folk-singer-songwriter with a little ambient sprinkled on top. It’s a bit early to know exactly what my style is per se, but I’ve been told that it feels like “soul” music. Not in the sense of the soul genre, but that my songs speak to the soul part of the listener. When I began writing music again in 2017 after too many years away, I questioned my role as an artist. I asked myself questions like, “what is the purpose of music and why is it important?”, or, “what has the role of artist been throughout time?” I sought out the likes of Joseph Campbell and Carl Jung for teachings on metaphor and mythology and found that the difficulty I experienced with my creativity was an age-old story and that humans have experienced since the dawn of time. Whatever you want to call it, we all struggle with it…and some of us more than others. All of this to say that my style comes from this place. I write songs that are about the reality of being human and the difficulties that we face. I try to write music that is honest – music that isn’t trying to be anything it’s not. It coincides with my life really…the ongoing journey of trying to be nothing but what I am and embracing that in all its flawed beauty.

I’ve got no live shows booked as of right now. Things are a bit unpredictable at this time with the state of the world and my pregnancy, but I do hope to have an EP release show in the fall or winter. Depending on how things unfold, I’ll either be playing some live shows or showing up on my Instagram page and YouTube with my guitar. As far as a live show goes, while many artists find their strength in performance by putting a character on, I find the opposite to be where my truth lies. The less I have to pretend, the better. When you see me perform you get the very same Carissa that you get going out for a coffee or on a phone call with a friend – a little bit serious, a little bit awkward, and not much of a filter at times.

Hmm…tricky question. “The Break” is a pretty unique song…but so is “Certain Kind of Pain.” Both songs contain parts where I really let myself express through my voice which is a pretty cool thing to have captured on a recording. In order to listen to my music though, you kind of have to let go of expectations around song length or even structure. I’ve got long songs and that’s just kind of how it goes for me! “Like Water” might be the most traditional-sounding as far as length and structure goes, so a lot of people will probably like it better than the others.

I adore Rose Cousins! Her songwriting, her singing, her stage presence. So good. Begonia is seriously skilled and every time I hear her sing I am in awe of her control. Frazey Ford – she’s unique and wonderful! Plus Charlotte Day Wilson, Amelia Curran, Feist, Hannah Georgas, Jenn Grant, LIGHTS. I also love me some Andy Shauf, Peter Elkas, and Joel Plaskett, and I recently got into the band Braids. Of course, Joni Mitchell had (has) a huge impact on me, and it should be noted that I grew up belting out Jann Arden’s album “Living Under June” alone in my bedroom. I still throw it on from time to time to get those innocent childlike music vibes going and remember what started it all. It’s amazing what a little musical throwback can do for the soul.