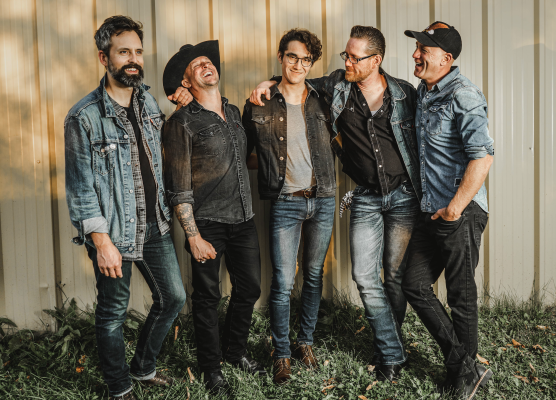 These Canadian rockers – made up of Mat Cardinal, Jeff Dick, Mike Nash, Doc deGroot, and Jay Der – began making music together in 2017, and in 2018 they released their debut full-length, Lost In The Right Direction. The album snagged an ACMA nomination for Album of the Year; the three singles they released all broke the Top 100 Mediabase Canadian Country Chart.

With that blend of rock and country they’re known for, their latest soon-to-be hit, Low Life, is a feel-good tune celebrating life’s simple pleasures. It’s full of slick guitars, big vocals, and an overall tongue-in-cheek vibe.

To add an extra element to the release, they teamed up with a local Edmonton business, Sea Change Brewing Co, to create a custom “Low Life” branded beer released along with the song.

Check out their new single Low Life on Spotify, and visit the Sea Change Brewing website to score some Low Life Lager.