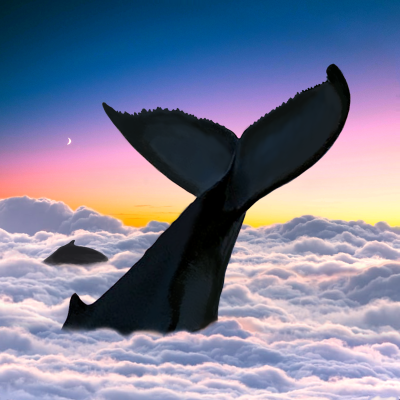 The mysterious community The Jerry Cans hail from will undoubtedly always define the band, who are based in the small community of Iqaluit. On their upcoming album Echoes, however, the JUNO Award-Nominated six-piece have plowed into uncharted territory, amalgamating the hypnotizing traditional tongues of their birthplace with modern indie-rock elements that, in turn, has created a chilling sonic experience.

It’s truly rare when an album is so experimental yet so easy to wrap your head around.

The three singles released before the album’s May release date makes it plain to see that Echoes, the band’s first record since 2016, reaffirms The Jerry Cans as one of Canada’s most unique acts. “Atauttikkut,” the first song unveiled from the LP, sets the bar high for the other tracks to follow. Wasting no time with an extensive intro, it begins with a crispy tone from a lone guitar, soon to be accompanied by a pulsing drumbeat and rhythmic Inuk dialogue. The chorus introduces a poppy melodic break while vocalist Andrew Morrison chants the song’s title ritualistically. “Atauttikkut,” which may be a daunting word at first glance to most English speakers, is made into the most thoughtless term in my lexicon as it sets a familiar tune atop of a lush wall of sound. The song’s bridge provides additional reassurance that The Jerry Cans are born again in their latest material. The second chorus effortlessly dissolves into this graceful “la-la-la” section that sprinkles the listener in nostalgia. While it’s true that this band will always belong to the Arctic, catchy sections like these are universally loved.

The second single, “Havava” interrogates the authenticity of Iqaluit’s bitter air with its undeniable feeling of warmth. On Echoes, the band decided not to feature an acoustic guitar, which was a staple in their earlier work. It pays off though, as the use of a reverberating electric guitar in this song’s intro allows it to capture the feeling of home. The song itself makes a first impression like an Inuktitut-fluent Red Hot Chili Peppers track. Avery Keenainak, the granddaughter of renowned accordionist Simeonie Keenainak, officially joined the band on this release, and her presence is made clear here. Keenainak’s accordion and harmonies make each chorus so much brighter-sounding while simultaneously smoothing out the verses where need be. “Havava,” when compared to The Jerry Cans’ previous content is miles apart. Although their 2016 effort Inuusiq earned them formidable success and is a cultural classic, “Havava” is cohesive and melodic enough to assert itself in daily playlists everywhere.

“On the Rocks” the most recent of singles to be released is also the most upbeat. Almost coming across like a theme song for an action-filled series, the track is urgent and cut-to-the-chase.  With the opening phrase “See the fire rising across the bay / no one ever knew it’d be this way,” lead singer Morrison paints an incomplete picture in the head of the listener, leaving something to be desired in the best way. The rest of the gang, accordionist/throat singer Nancy Mike, violinist Gina Burgess, bassist Brendan Doherty, and drummer Steve Rigby are all equal parts essential on this track, with emotion-igniting strings, snare-heavy percussion and groovy basslines showing off in the quick-moving soundscape.

When The Jerry Cans recorded Echoes with Jace Lasek (Besnard Lakes) at the acclaimed Breakglass Studio in Montreal, they wanted to bring something more to their already-impressive discography. They ditched many aspects of their old sound while adding bold gimmicks and as a result, their new groove is catchier than ever, bringing you perhaps one of the most frigid indie albums ever made.