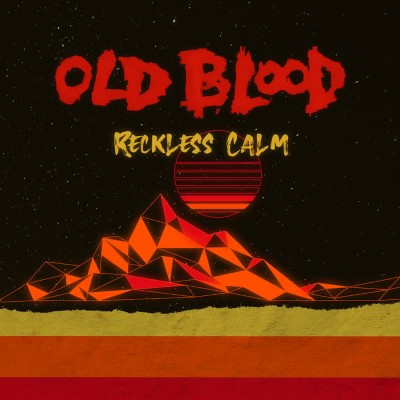 Old Blood is bleeding heaps of new blood into Canadian rock music on their highly anticipated new release, Reckless Calm. This is the first effort from the Halifax-based band in nearly six years, but they’re wasting no time in their big return. Featuring groove-heavy riffs and powerful choruses with vocal showings on par with those of 2000s music icons Lifehouse, the band has put out their most cohesive material to date.

“Blacklights,” sets things in motion with memorable guitar licks and a harmonious hook that could latch right onto ‘90s rock music fans and deliver them waves of nostalgia.  The memorable line “I won’t become the next cog in your empire’s wheel” captures the new-found boldness this group has channeled. With about six years to conduct and articulate Reckless Calm, the first track is evidence that they’ve matured as songwriters, as this song sounds like it was meticulously created. The band’s own Josh White says that they wanted to write songs that would portray the specific feeling of togetherness.

“When we wrote and recorded this one, it was very much with the mindset of summertime, windows-down road trips and big groups of sweaty people rocking out at festivals and shows – long before words like social distancing and self-isolation had entered the global lexicon. Clearly, much has changed these last few weeks. That said, we wanted to offer up new music now more than ever, as folks need something they can turn up LOUD. Take care, be kind, and look out for one another.”

“Collided” is a prime example of the band’s talent. The guitar work on this track is remarkable, showing off the jazziest sides of Old Blood’s capability. Raspy vocals reminiscent of The Trews carry the track along, with transitional verses that showcase the grooviest moments the record has to offer.

The next track, “Atlas,” again shows off the undeniably gifted guitar work this band has been blessed with. The intro/verse section sounds like the band is doing their best The Fall Of Troy impression with complex, memorable riffage. The instrumentation in general though works in perfect harmony to deliver catchy, almost prog-like passages. Overlapped by nostalgia-inducing singing, the band is straight money for any rock fan who takes an ear to this.

The track “Dead Of The Night” shows off that the band can still be effective while moving at a steadier pace. The song explores the most melodic moments from Reckless Calm. It’s interesting that the band chose an oxymoron as the album title, but it honestly translates to exactly what the album is. Reckless are the whaling, strategically played guitars, and calm is the album’s steady vocal performance that never loses stride. Old Blood has made their long-awaited return count here.