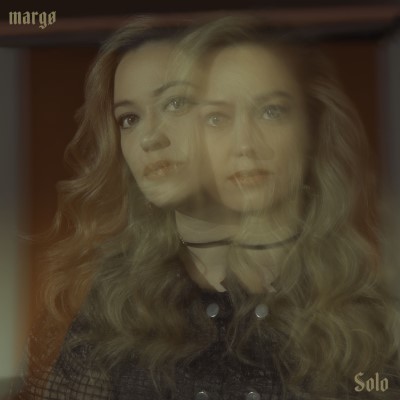 When discussing genres of music, it’s difficult to keep in mind that everything is on a spectrum. Meaning, an indie song is never completely indie, a folk artist can never be 100% folk, and a metal album is never entirely metal. Even without realizing it at all, musicians and their styles of music consistently borrow distinct elements from other genres. From there, an endless void of sub-genres is born. When an artist can construct pieces of music that force the unlikeliest of genres to meet, they begin to carve out a distinguishable name for themselves and make listeners take notice. On Canadian alt-popper margø’s debut EP, Solo, she amalgamates traits of radio-friendly pop tunes with aggressive, bass-boosted electronic music and also utilizes solos from screeching guitars. There’s even a hint of ukulele in there for show. It’s evident that margø doesn’t want to fit any molds, crossing into uncharted territory on her very first release.

“Solo,” the EP’s title track, fittingly sets the album in motion. What starts off as a standard pop song is flipped on its back before you know it. A catchy, rhythmic vocal bridge is burned by this gigantic, industrial-sounding wave, where a whaling guitar glitches in and out of the mix. Cassidy Margolis, going by margø, acts like the song didn’t just take a major turn, though. No, acting naturally, this genre-bending electronic section transitions back into the poppy verse again. This time, it’s greeted by a drum section that hints at rock icons Linkin Park and Evanescence. Margolis says of “Solo,” “this song is about refusing to conform to someone else’s expectations of you, shedding negative relationships in order to embrace your self-worth, and finding a way back to who you truly are.” It’s not often when the song’s meaning is represented both lyrically and instrumentally. Musically, the title track disobeys all expectations of what an alt-pop artist should sound like, and with her own way with words, margø exclaims that she’s totally fine with going it alone and breaking the shackles of toxicity. “I hope you know I like me better when I’m solo,” a line repeated throughout the song, brings it to a close accompanied by sounds straight out of dubstep music.

“Someday” is up next, and it’s undoubtedly the poppiest song on the 6-track collection. Humorously transitioning from the lush wave of noise the ending of “Solo” brought us, this singalong song begins with ukulele, an instrument which was a staple of 2010’s alt-pop music. “Someday when we’re older, you’ll wish that you had changed,” might be the catchiest section the EP has to offer. This song plays it safe, but it does a good job at that. You could definitely hear this song on the radio and never know that margø has this vast array of experimentally-driven songs.

Margolis’ creativity is once again put on display on “In Between,” where a massive, bassy section opens up the song. The obnoxious bass is nevertheless catchy and manages to  complement her voice quite effectively. This song is slower-paced, but not in a negative way. I view it as the “giant” of the EP, moving slowly but making every step catastrophic. Audible amounts of distortion are put onto margø’s voice in the chorus, a tactic that you don’t see all too often in the genre.

“Follow Me” exhibits the most melodic and emotional part of the EP right from the intro. Crying out the words, “when I’m bruised and broken, I hope you follow me,” met with reverb-heavy guitars, margø proves she can also have an impactful sad song on her debut.

The climax of the record may just be in its fifth installation, “LOVELOST.” With colossal, wub-wubby breaks over attitudinal lyrics in her arsenal, it’s evident that margø has found a way to make hard-hitting songs early on in her career. The contrasting lines “there’s no love lost when you’re the wrong one,” and “there’s no love lost when I’m the strong one,” are simple, yet memorable enough statements that chug the track along.

Ending things off with “Game Over,” margø ends things off with an anthemic, sassy pop song. “I’ll dig my heels into the dirt, I’ll light this fire and watch it burn,” is the most dynamic phrase of the song. By now, it’s obvious that margø is a strong individual who isn’t phased by anything that crosses her path. The song moves at a steady pace until its close, but features a dramatic, atmospheric outro that smoothly trails off from margø’s last line, “I’m not afraid of you.”

Margolis has included a nice selection of songs on Solo. By incorporating gimmicks that cross into other genres, typical pop songs and an emotional slow song, she stands out as a new artist who can go anywhere she wants to in her musical career and find success with it. Somehow, margø managed to play it safe but also cross new grounds in her debut.