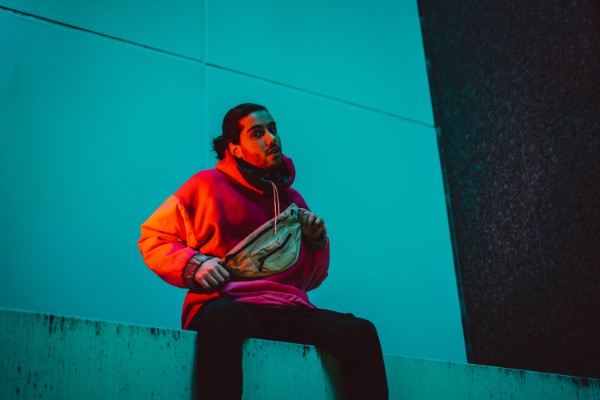 Toronto, ON-based alternative R&B artist, Flowerless has teamed up with us, at Canadian Beats to unveil the music video for his debut single, “Origami”.

“Origami” details the heartbreaking story of his first love, a relationship that ultimately ended due to drug use and neglect. Circling around themes of escape, addiction, and intimacy, the introspective song acts as a caution to those looking to bury their relationship problems with substances and sex.

“I wrote “Origami” 5 years ago when the first girl I ever loved, broke my heart.” He adds, “I was trying to make sense of the relationship and understand why we broke up though now, years later, the experience is one I think I needed to have, as I realize we just weren’t meant to be.”

The single was self-recorded with contributions from Adam Horrocks and Luc Chiasson and features Brendon Padjasek of Northlane on keys, as well as mastering by Connor Salmoral.

The music video, which you can check out below was filmed by director, Rob Spadaforda, and is a nod to his relationship experiences. It also features a cameo from Nightwell, his emo-rock band.

Enjoy the video, and be sure to check out our newest Five Questions With segment, featuring Flowerless.

Hello, Canadian Beat’s community and friends who stumble on this article!

I am Flowerless, an alternative R&B / soul artist from Toronto. I love bread and am not gluten-free.

I’ve been in many bands throughout my life, and my writing style has evolved with each one. I started off screaming with hardcore kids, then tried pop (weird switch but ok). I moved to math rock, and now I’m working with a lot of alternative and emo music. I have had the privilege of working with people like Paul-Marc Rousseau of Silverstein and Brendon Padjasek of Northlane, who is credited on “Origami.”

“Flowerless” has quietly been developing in the background all these years. I wrote “Origami” 4 years ago when the first girl I ever loved, broke my heart. I was trying to make sense of a shitty relationship and understand why we broke up. (In all honestly, we just weren’t right for each other). You can tell by “Origami’s” lyrics that I was sad, disappointed and insecure about the outcome. While writing, my thoughts were all over the place, jumping from one idea or moment to the next, quickly trying to piece together some kind conclusion about why we broke up. I realize now that I was high thinking I somehow understood everything, but nothing made sense to me until I wrote the final line in the song.

In a word, digital.

I’ve been continually live-streaming with friends since the quarantine started! I generally do my best to keep my community of artists unified, but as of late, it’s taken its toll on the music industry in general. I’m just praying for a safe and secure return to “normal.”

“Origami” is super fun and modern, so I’ll be showing that one to my family and friends first for the next little while! Another song of mine, “Pfloog” (named after the dead band that wrote it), is a close second because it never fails to make cry. It all depends on the listener’s mood.

‘Favourite’ is a complicated term for me! My friends in the local GTA scene are my favourite because I actually to discuss the music they’ve made! Understanding what inspired something because you got to talk about it with the person who made it, deepens your connection to it. It’s challenging to pick one, but I’ll give a quick shout to Romancer cause I’ll forever be a Stan. I curate a playlist on Spotify called “Ontario Locals,” and you can find all my favourite Canadian artists there!