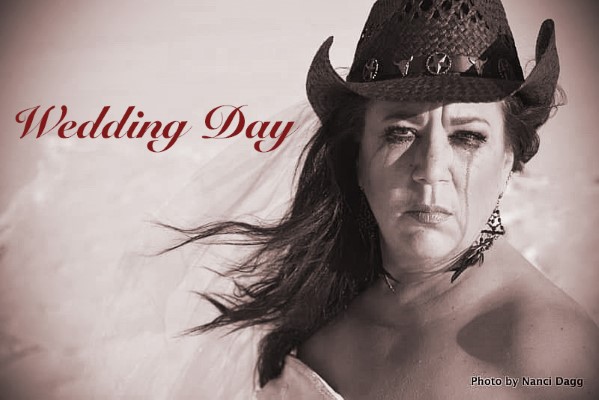 “It’s a song I am extremely proud of” says Kimberley, “one of my best to date.”

Check out the single below and find out more about Kimberley via our Five Questions With segment.

Hi there, I am Kimberley Dawn and I am a Canadian country music artist from Manitoba. I have also been a radio personality for over 16 years on many great Canadian Country radio stations in Manitoba. This had given me an opportunity to see the world of music from both sides.

I am not really a writer and most times depend on songwriters and I shop for my music. Although most of my friends are country recording artists so what I will do if I like a song from another person is I reword it to fit my true story. I have a lot of male friend writers and they write obviously from a males perspective. So we will rewrite a line or two to make it a female song. Built that Way from my 4th studio album is an example of that.

Unfortunately, we have no shows to date due to the COVID-19. We were scheduled to play Dauphin Country Fest this year and a couple of other shows but due to the world situation, we are in the same boat as everyone else. Waiting patiently to get back on stage. With my new single Wedding Day, I can’t wait for audiences to hear it. I am taking this time to get putting together shows for when we are able to be out of quarantine, and some of the people we will be touring with are legends in Canadian country music. I can’t say much more than that as it is all in the staging and planning but it will be spectacular.

As for the show, it has “matured” Back in 2018, we were at the CCMA in Hamilton where I took in a seminar from Tom Jackson. A stagecoach whom has worked with Taylor Swift and many great artists to help them with stage presence. With music and shows becoming more competitive, he helps what would be new and up and comers to experienced bands to become more stage-worthy and not to get up and wing their show. It makes it completely more professional. So not only do we rehears the songs we rehearse a real show. Just like they do in Vegas.

My new single by Doc Walker – Wedding Day. I love this song. Last year while sitting by the campfire, Chris Thorsteinson from Doc Walker played a song the boys had written many years ago. They had never recorded it. It stuck in my head and about 3 weeks later I approached Chris and asked if I could head into the studio and record it and release to radio. Chris agreed and I then quickly got Murray Pulver on board to produce it as he was a co-writer for the song.

I usually like to get more country rocking songs when I go to record. It helps with the sets and to keep the audiences dancing all night long. But there are times when a song like Wedding Day comes along and you have to record it.

It is an amazing country story of heartbreak and then finding the love of your life. After we recorded it, I realized this was a song that one of my heroes maybe would have recorded. Reba. I have always been a huge fan of hers. Wedding Day is a new song released to radio on March 27, 2020. It is now on all your music forums.

As a former radio announcer, I have had the opportunity to meet and see a lot of great Canadian artists. From the Big bands that have had great success to the new and up and comers. So, first of all, let me start by saying I could not be more proud of the music that Canadian country artists are putting out. We are second to NONE. I have seen the rise and fall of many artists. This world of music is hard, but I am one of the privileged to see them all.

I guess let’s start with the well-known Names.

Doc Walker. Love these guys. Not only cause I grew up with Chris in Westbourne, Manitoba and we have known each other all of our lives, but I love that they have had longevity in this industry. They are still one of the most hard-working bands and I have had the opportunity to record some of their songs. I love their songwriting style and love the guys as a whole.

Johnson Crook. Now, these guys I met in Saskatoon at the CCMA’s I was there as an artist and an announcer with a station that I was really proud of as they focused on Canadien music and new music. I was at a showcase where the boys were performing. I loved the harmonies and the sound that they had. I went home and started to spin their single Minnedosa! I have their album and it is on in the car all the time. Love love love these guys.

Desiree Dorion. Desiree has an awesome style of writing and is an amazing singer. She is from Dauphin, Manitoba and I have the opportunity to tour with her. I love her, her personality and her drive to succeed in this music world, which is not very kind to women. Women are unfortunately a one in seven spins on the radio. As an independent artist she has made Manitoba so proud and I am so proud to call her a friend. She is a hard worker and a mentor to me.

Chad Brownlee. Ahhh not a Manitoba artist. Chad and I met many years ago. I love love love his voice. His songs get me every time and I am a huge fan. One of the most down to earth guys you will ever meet.

Don Amero. This guy I have watched grow into a superstar. We both started at the same time. Both aboriginal performers but then expanded to do more country. Don has a special sound and has his own sound. He is a little bit folk and a little country. His song Church I think is my favourite and you did he ever make Manitoba proud when he performed it at the luncheon for the CCMA’s in Hamilton Ontario. He continues to make amazing music and is an amazing artist.

I could probably go on and on. As I have said, Canada is the best. We have amazing artists and amazing people busting their asses in a very hard music industry. An industry that is not one for the faint at heart. Ya gotta be tough and a go-getter. Nobody these days are overnight sensations and with the dynamics changing every year, you have to be good and a hard worker. This is when you will see the rewards. If ya think someone is gonna come along and make ya famous, stick with Karaoke it’s your best bet.  It takes a lot of hard work and determination and a lot of hard knocks. But at the end of the day, we do it because we love it. We love love love the fans that come out to see us and support us. Most of us are not huge recording artists and it is not all glory. There are trips in the small van with 5 guys and equipment. No roadies, ya got to carry your own gear. The exhaustion and the hours traveled are all part of making your way in the industry. I wouldn’t change it for the world. It’s a tough business but the songs, the fans, the memories and the friendships that I have made in this industry are near and dear to my heart. It has made me who I am today and I am proud to be a member and family member of the Canadian country music family. We are small and tight and what I believe to be the best!