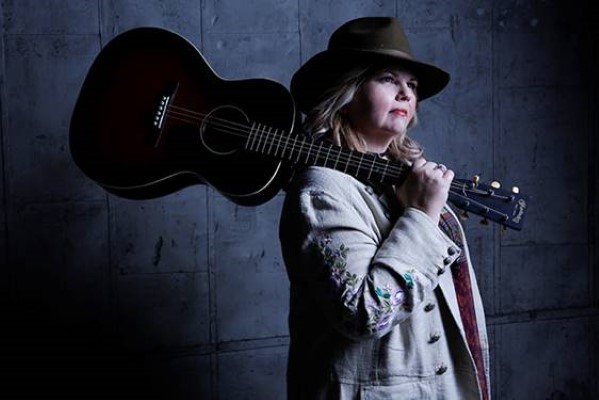 Leamington, ON-based singer-songwriter and recording artist, Francine Honey has released a new single, “I Carry On”, along with a music video for the release, co-written and recorded with Honey’s songwriting friend and neighbour, Robert Gray.

The song is a testament to the human spirit and its ability to overcome the challenges that life throws our way. It asks the question: Where does this courage come from?

“I Carry On” is the second single released in anticipation of Honey’s upcoming fifth project, 2020 Vision — a chronicle of her life story so far in song.

“When the path through is unclear, there are unexpected heroes that appear with help. Whether it is a partner, a caregiver, a parent, a child, a friend, or one’s faith in something larger than life, this song expresses gratitude to those that light our world and help us through. There is nothing like seeing the light of love beaming from someone’s eyes when we need it most.

I have had my share of challenges in life struggling to make ends meet as the sole provider for my two children and somehow I always knew I’d get through them,” Honey adds. “Robert and I were outside chatting one day as neighbours do and he told me he was going through a major health challenge with cancer.

We bonded over our mutual feelings about overcoming challenges with the help of a positive attitude, gratitude, love and song writing! We talked about how others have inspired us in the past, and wrote about how people are there for you when you need them and the strength that we as humans find to survive and overcome our challenges.

You just do what you have to do to get through it.”

It took them a few months to find the time to sit down to write this song they talked about, and when they did finally meet, it came together pretty quickly. In fact, Honey was headed down to Nashville to record Take Me To The North Pole and loved the song so much, she asked producer Neilson Hubbard if they could record the song for release in 2020. Honey invited Gray to Nashville to be there if he wanted to see the song being recorded, and after, asked if he wanted to take a stab at singing the song himself in the studio.

“Luckily, he agreed,” she recalls, “and it became clear a duet brings new meaning to the song.”

For this reason, there are two versions of “I Carry On” — the solo is a more country version with Honey’s vocals, and a duet featuring Gray which adds another dimension to the song, she says.

Check out the video below and find out more about Francine via our Five Questions With segment.

Hi! My name is Francine Honey. I am a songwriter, singer, and recording artist. I share my time between Ottawa and Leamington (the southernmost point in Ontario). My background is mathematics and computer science and they have always been linked to my music and songwriting. I have been writing since I was 12 years old and never thought I could “make it” as a songwriter and singer so I spent many years working in the Information Technology field. I simply couldn’t do it anymore and after saving for years, I was able to quit my job and make music full-time. So, dreams can come true!

I would say my songs tell stories and are real, in that I am always trying to be truthful. Each song tells a story and I see the whole movie playing out in my head. I think that is why it crosses many genres from country to folk to blues and rock. This seems to fall into the Americana category. I also write in English and French depending on where I’m at. I focus a lot on making sure the music supports the story as much as the lyric and I love working on the videos for each song as an extension of the story. People say my songs are real and relatable.

I stream every week on Facebook and YouTube as part of a series called “Honey in Your Coffee”. I am not a big touring artist; however, I have traveled a lot and have performed internationally. I have always streamed my live performances, but it is different because doing live streaming is a delayed two-way communication. I am responding to emoticons and messages on the screen to measure if my music is touching people instead of being able to read body language. My goal is still the same though for each show; provide an escape and make them laugh, cry and feel love(d). By sharing my stories, I hope it helps them feel less alone in the world.

I am working on a double album entitled “2020 Vision” which is almost complete. I am releasing singles from that project with a launch planned in the fall of this year. With the current travel restrictions, I am gearing towards a virtual release and having fun working with the Nashville team on finishing the songs remaining and on the videos!

That is a tough question for sure. The current single is really touching people and helping them through at the moment, however, the song “Snowflakes on my Eyelashes” and its French counterpart “Floçons de neige sur mes cils”, is the song that has affected people the most and gets requested the most. The music videos for this song are absolutely compelling visually.