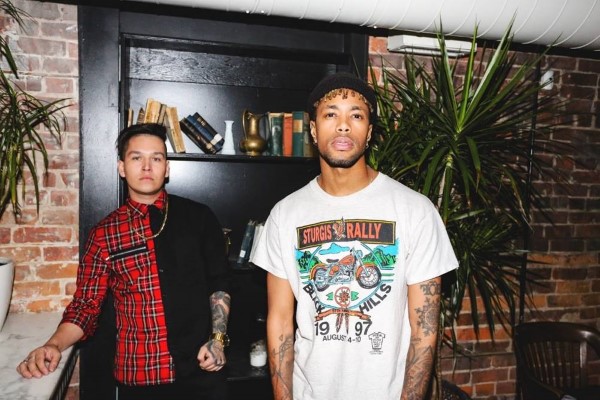 The video has already left a sizeable footprint on Reddit, becoming the #1 upvoted video on r/TopTalent with nearly 15,000 upvotes. The visuals feature a combination of 2,474 total images put into a creative stop motion showing.

The band says that their new track is an exact reflection of how they were feeling at the time. While they’ve earned great success in their music careers, even they can’t help but feel useless sometimes.

“Before every session, we try to talk about how we’re feeling,” says vocalist Frank Kadillac. “At this point, before the song was made, we were discussing with our good friend and collaborator Nathaniel Motte from the band 3OH3! about how it’s easy to feel helpless…like nothing we do matters that much. Then Nat said ‘ya know…I think everyone is just sick of feeling useless.’ It hit so hard with me because I felt that way my whole life growing up, I felt useless until I broke out of my shell…if my fans are different versions of me this is the biggest thing that connects us on this island of misfit toys. People that feel like they don’t matter in this world and are constantly searching for a place to belong, a place that makes them feel like a kid again.”