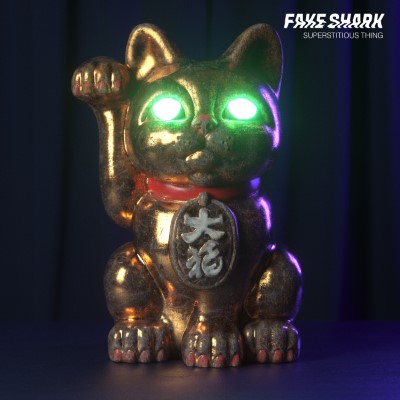 The concept of the video for “Superstitious Thing” is one that will surely captivate any audience. When commenting on the video concept, Kevvy notes that “it came somewhat out of necessity. We had these plans to do these elaborate dance videos, but had to change direction because we’re in isolation.” This is something that all of us can understand at the moment. However, like Kevvy, we cannot let this stop us on achieving what we set out to do. We just have to find new ways around it.

“I called Johnny Jansen, who’s a brilliant award winning director for videos, such as Said the Whale – Unamerican to see if he had any ideas, and I sent him the song,” explained Kevvy. “He called me back all excited and explained the idea and I laughed my head off. He had me film my mouth from different directions to fit on the faces off all this stock horror footage. I requested that we use clips from ‘Night of the Living Dead’ because it’s my favourite horror anthology. When I first saw the video with my mouth on a bat, I fell out of my chair laughing.”

This video concept was one that was memorable indeed. The video had my attention right from the beginning, as I could not wait to see what interesting addition was yet to come. The catchy song matched up perfectly with the different parts. It is hard to describe without giving too much away, you’re just going to have to watch it for yourself.

Fake Shark is on track with new music, with this release following the release of ‘Bad Chemistry’ and ‘Invincible’, “a battlecry anthem for anyone persevering through the obstacles of life to come out the other side and achieve their dreams.” Together, these tracks are described as ones that “come together to carry the theme of breaking boundaries and straying from the norm.” So what are you waiting for? Go check out “Superstitious Thing”.