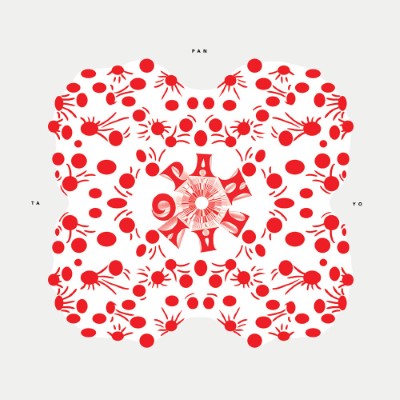 The self-titled debut record from Pantayo is a prime example of an experiment done right. The band out of Toronto features five queer Filipina women who incorporate the sounds of the kulintang; a traditional Filipino instrument made up of a scale of horizontal bell gongs, somewhat resembling a xylophone. But what is important about Pantayo’s music is that is not simply a rehashing of old traditional folk arrangements given a modern production. This record is a genuine exploration of the instrument via an actual modern application. Over the eight songs on the album, one can hear the kulintang interacting with a number of different sounds as well as taking on multiple different roles within each composition.

The record opens on “Eclipse”, an introduction to the depth and body of the kulintang. This track shows off the almost hypnotic effect that multiple sets of gongs, playing in different octaves, and weaving in and out of each other can have on the listener. The initial disorientation of the new sounds soon fades and your mind starts to grab onto the simple drum beat and groovy bassline that sneak their way into the mix. This tension between the entrancing melodies of the kulintang and the grounding in modern electronic beats creates a highly compelling atmosphere on the record. The balance between these two elements shifts constantly throughout the album as well, with some tracks like “V V V (They Lie)” and “Kaingin” being notably more vocally-driven. If this speaks to anything it would be to Pantayo’s impressive songwriting ability. A song like “V V V (They Lie)” would more than capably stand up on its own as a pop track where the presence of the kulintang isn’t even mentioned. But the fact that it appears on this record, alongside some much more experimental-leaning tracks like “Heto Na”, “Bronsé”, and “Taranta”, speaks to a genuine approach to experimentation with modern and folk sounds. This record dabbles with a number of different styles over the course of its eight songs. Pantayo utilizes elements of EDM and lo-fi, as well as touching on some unexpected double-kick drumming near the end of the closing track, “Bahala Na”.

This debut record from Pantayo will leave an impression on you, guaranteed. Whether the few traces of familiarity helped contextualize this album for you, or whether you felt completely alienated from the standard practices of modern pop music, Pantayo will stick in your head. It is such a unique and well-conceived record that you can’t help but be impressed, intrigued, and eager to hear more.