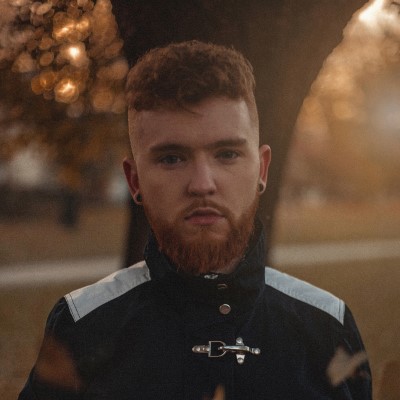 Irish-born, Toronto-based singer-songwriter, Niall Sexton has teamed up with us, at Canadian Beats to unveil the official music video for his debut single, “Counterfeit”. The single was actually co-written and produced by a name many of you will recognize, Tyler Shaw. “Counterfeit” is definitely a pop track, although it intertwines elements of EDM and R&B flawlessly.

Niall shares on the single,

“The song is about dealing with unrequited love and being unsure if your feelings are truly mutual within a relationship.”

The video was directed by Niall’s brother, Killian Sexton. The two have been working together ever since he found his voice, and I can see why. The two have really good synergy and the result is clearly amazing.

Killian spoke to us about the video,

“My aim was to capture that feeling of unconditional love between your closest friend group. Just being human, acting silly and care-free! This music video tells the story of Niallʼs musical journey & process of how this track was written. I have been into skate/jackass culture ever since I can remember, and Iʼm pretty sure it shows in this video. Filming very raw, homemade camcorder style footage to document the real life unfiltered memories Is what I live for.”

Check out the video below, and take the time to find out more about this up-and-coming artist via our Five Questions With segment.

WHATSUP CANADA!??? My name is Niall Sexton. Iʼm a 25-year-old singer/ songwriter. Irish born; Toronto living. Music and singing are my true passions and I have been doing this for around 10 years now. Believe it or not, my music career technically began during a Call Of Duty game on the XBOX 360……..no, seriously!! Funny story actually; I fell into a new group of friends when I was about 14 and was convinced to get the hot new games console for Christmas back in ‘08. One night I was playing with a friend online and just happened to sing a few lines of a song, not thinking anything of it… He suggested I entered the school’s upcoming talent show. Long story short, I entered and lost. However, I got an amazing reaction from my peers, and thatʼs what fuelled the fire for me to continue down this path. Years down the line, I entered a little show called the X Factor UK, placing top 6 in my category, which was a pretty cool achievement – having been able to perform in front of Simon Cowell, Nicole Scherzinger, and Calvin Harris. My biggest achievement to date, however, was having the chance to open up for Grammy award winner NE-YO back in 2013, in front of a sold-out 13,000 person show at the Echo Arena in Liverpool. This is when I began to actually write music. Up until now I have only released one single ‘Counterfeitʼ (which was actually the first song I ever co-wrote), but have a huge catalogue of unreleased music ready to go after this Quarantine decides to p*ss off! I plan on putting these songs on an E.P project as soon as possible but obviously, because of the Coronavirus, we are still unsure as to when this will be. Having been around the Toronto music scene for the past 18 months, I have never been more hungry for success and inspired to really make my mark in the music industry. I have really been made to feel at home with all the connections my team and I have made. Big love to my team – we have been working tirelessly on this music for a long time.

Tell us a bit more about your music and writing style.

I sometimes feel like itʼs hard to put something in a box, beyond the ‘Popʼ tag! I just want to make good music, lyrically and melodically. At the end of the day, it is pop music, infusing (mostly) upbeat melodies with an undertone of slightly sad lyrics. I guess I want to prove that pop music does not have to be dumbed down and that as a writer, I have substance and something to genuinely say to my followers. I really donʼt have any set writing style; I have been thrown into so many different situations, to where I think itʼs help me mould and adapt well to any scenario. I started off writing with no music. Just me, my voice memo app, and a snap of the finger. Building more connections through the years, I developed more friends who owned or had connections to studios, so I would get valuable studio time and then write to beats and live instruments – This was a huge help! I take a lot of inspiration from artists including Coldplay (I love how they have such a way of writing anthemic tracks), Dua Lipa, Lauv, Bazzi, Sia, and many more. I listen to so much music but at the end of the day, I am a pop king at heart.

For anyone who has not seen a live show of mine before, I would describe them as “a typical night out in Ireland!” – Epic!!! Having more uptempo songs than slow really helps elevate the whole experience and keeps the energy alive. I literally have two left feet, so, unfortunately, you will never see me busting out any choreography, but I do love jumping around the stage like a little kid who snuck a few too many sips of his dad’s beer at age 14. Itʼs important for me to lose my inhibitions during my performances as it helps with the audience participation and the whole vibe of the show. I would say my demographic is anywhere from 14-40 years of age, but I hone in more so on college/university students between the ages of 18-25, who like to let loose. Although I do take this all very seriously, I still want to have fun and enjoy myself. I really want to give people a safe space to come and relax, dance, have a drink and forget about any negatively in their lives; and I feel like my music definitely lends itself to that goal. Donʼt get me wrong though, there may be a couple of slower ballads on the setlist – but letʼs be honest, who doesnʼt love to shed a drunken tear now and then? Itʼs cathartic.

Well, because I only have one single out at the minute, I would have to say you all should go and listen to “Counterfeit”. If I said anything unreleased, my management
team would come for me (ha-ha). It gives a little insight into whatʼs in store. However, “Counterfeit” is more down the EDM/pop route. The song is about dealing with unrequited love and being unsure if your feelings are truly mutual within a relationship. (hint hint – inspired by true events). I LOVE this genre, but my aim would be to do more features on this style of music. I feel like although people love this song, they are going to get a bit of a shock when I release my next single “Skin” later in 2020. Itʼs definitely pop as well, but more ‘Niall Sextonʼ and thatʼs all Iʼll say…

Canadian Beats is all about Canadian music – who are your current favourite Canadian bands/artists?

Just like the rest of the world, Canada has really shocked me over the past 10+ years. I cannot believe how many worldwide superstars are from Toronto – Itʼs
insane. A lot of them I was actually unaware and thought they were American (sorry, thatʼs me being an ignorant Irishman, eh?). Canada is producing top-level talent and being in the midst of it all, I have come across so many talented up and coming artists that are not yet established. Itʼs exciting to collab with such talent and really help each other – thatʼs one thing I love about this city (in my experience anyway). No backstabbing, no sly behavior. (which by the way is so common in the music industry). Everyone is so helpful and giving of their time.

My favourite music artists from Canada at the moment would have to be Jessie Reyez. I also love The Biebs, Tyler Shaw (who co-wrote and produced on “Counterfeit”), The Weeknd, Shawn Mendes, Alessia Cara. The list is endless. Itʼs amazing how much talent comes from one part of the world