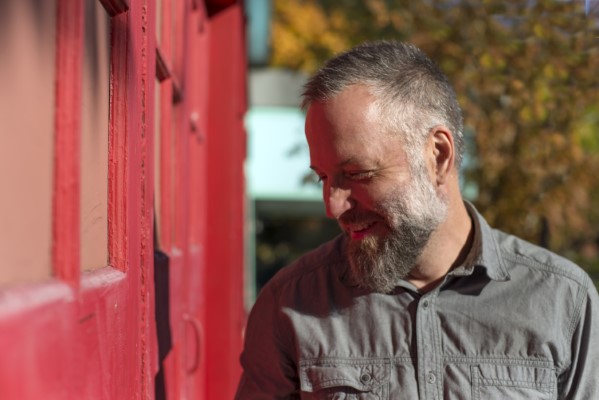 Vancouver Island-based artist, WiL, known for his unmatched passion that leads him to break guitar strings during live performances, has announced the release of a new live album, Live At The Blue Frog.

Due to COVID-19, WiL’s immediate tour dates were canceled. However, his memorable performance at Blue Frog Studios in October of last year was recorded and is being made into an album to make it up to his loyal following.

The record was released on May 1. Listen to WiL’s live rendition of “Bobcaygeon” off the album here:

We got ahold of WiL and asked him about the release of his new record.

This is your first-ever live album. It’s usually considered to be a prestigious feat to record and release a live album, do you view this as another milestone in your career?

Well, this is actually my second live record. Up until 2013 just before making that first live album I had been unsuccessful capturing what I do live in a controlled studio environment. It was elusive to the point where I felt I no longer wanted to make any more studio albums until I figured out how to record myself so that I was happy with the end result.

But then an opportunity arose to record two of my shows back to back at The Ironwood in Calgary to see how it could play out. To my surprise, the record sounded great and became kind of a fan favourite and so I guess that could qualify as an accidental milestone, to have an experiment work out as it did. And with this new live record, we had no notion of making a live album out of it. It just came out of nowhere after my gal who is my manager heard the playback and I think there is beauty in that, to get to a point where the music that I make on stage with my drummer and with talented musicians like Shaun can become a record that my fans want and that I can stand behind so I suppose that is a milestone.

You released your cover of The Tragically Hip’s “Bobcaygeon” as a single from Live At The Blue Frog. You say you used to play the song all the time but stopped upon Gord Downie’s passing, how exactly did it feel to bring out the song again?

I had been playing ‘Bobcaygeon’ here and there from about 2000 to 2002 but actually played ‘Grace Too’ and ‘Ahead By A Century’ more frequently. Back then ‘Bobcaygeon’ was almost untouchable but I re-visited it a couple of years back and strummed my way through it in my home studio as The Hip was on my mind. Then shortly afterward Gord passed away and I was not sure what to do with it. A few months went by and I pulled it out in a soundcheck and the venue owner who was setting the lights said “ Can you please play that one tonight? It’s one of my favourite songs”… so out it came and performing it really moved me heavily. While feeling my way through it, it took on a different meaning for me and it felt more right than wrong; a tribute yes, but more of a thank you for crafting such a beautiful piece of art. If I get to live long enough to carve out one song this extraordinary, I will have lived a complete and remarkable life.

You knew going into the show at Blue Frog Studios that it was going to be recorded. How, if at all, did this affect your performance?

It didn’t actually. I somehow along the way have let these things affect me less. I choose to pay attention to the moment and be present on stage and with my band mates. I’m not a super fan of recording things though. I love the idea of being there for that one moment in time and then letting people’s memories be the recording device; to reflect back on as a snap shot in time so it remains special. But then, I also remember thinking when the show was over “Gosh this felt wonderful! Did someone record it?!”

You’re famous for breaking guitar strings during your intense shows. It’s your thing. When exactly did you realize you had a knack for breaking strings? Did you break any on your upcoming live album?

I guess you could say it’s my thing but by no means do I enjoy doing it. It’s simply the nature of the beast I suppose especially if the beast happens to be controlling my right arm. I did actually break one that evening during a song called ‘Dance With the Devil’ speaking of the beast. Normally I would have a new string on and tuned within 30 seconds as Keith would simply keep playing his drums, but that evening I was playing a new and very different guitar that happens to have a slotted classical style headstock versus standard vertical machine heads and it was a painfully long procedure however this also provided an opportunity for Shaun and Keith to take the audience on their own journey while I fumbled on the side with the repair; a happy accident indeed that yielded such a wonderful moment and performance by them.

Track 8, “If You Want Me Too,” was co-written by Shaun Verreault, who performed with you live on the album. How special was it to write the song and finally get to play alongside him?

Pretty awesome to say the least, Shaun is remarkable, as a human and a player. He truly has the greatest musical instincts and chops to back them up. We have performed together a hand full of times over the years either as a co-headline and he played lap steel with me last year at Northern Lights Festival. The thing with Shaun is he is that guy you can have jump up on stage with you un-rehearsed and throw basically anything at him and he will make it great. That’s what we did that night. No dress rehearsal. This was our life!