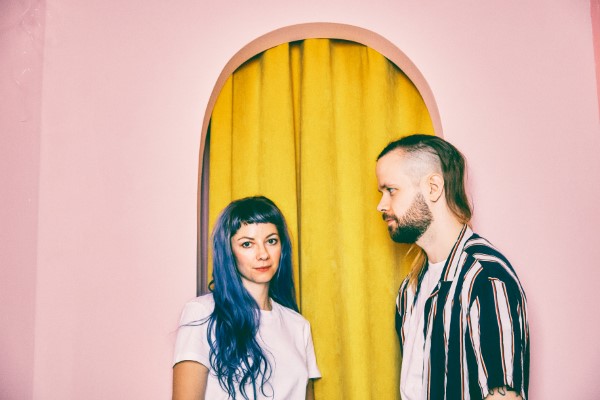 Edmonton-based alt-rockers The Royal Foundry have released an otherworldly new video for “okay?” from their 2019 album WAKEUP WAKEUP.

The video follows the heartbreaking story of two astronauts in space who ultimately became separated from each other on different planets. Animated by Hudson Munshaw, the team took the theme of the melancholic song and exhibited it in a cute, creative way.

The band says that the music video is only the first part of the story. The second part will be told in comic book form which will be available for purchase on the band’s website in the coming months.

The Royal Foundry, composed of married couple Jared Salte and Bethany Schumacher are following up from their previous single, “Hopefully,” which peaked at #21 at Alt Rock/Modern Rock Radio in Canada.

They will also be doing a NAC Live Stream on Thursday, May 7, at 6 pm EDT on Facebook Live from their Beds. Inspired by John Lennon and Yoko Ono’s bed-in for peace. SPONSORED BY: Facebook, Slaight Music, the RBC Foundation, SiriusXM Canada and the National Arts Centre.