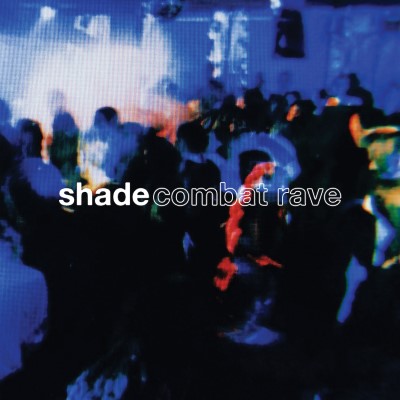 Hamilton, Ontario based-quintet, Shade, may have just released one of the best psychedelic rock records Canada has seen in years. Every trippy passage is forced to sobriety by a vocal performance that features melodies reminiscent of Oasis along with dynamic bass grooves, murky electric guitars, and tinny drumming. With Combat Rave, their debut album, Shade has already carved out a signature sound. This is a feat many new-coming bands fail to achieve, but it’s clear Shade doesn’t pity them, or anyone for that matter, upon listening to the unforgiving 10-track triumph.

“Brain Suck” wastes no time with a tedious intro, and instead begins with a sassy, catchy alt-rock section. About 30 seconds in, the listener is swatted in the face with this brain-sucking chorus that takes the best parts of The Smashing Pumpkins and Death From Above 1970 and amalgamates them to form a heaviness that becomes Shade’s signature move over the course of the LP. No other song could’ve been the album opener on Combat Rave, as this channels every theme the album deals with and displays them in a vigorous manner.

I’ve already compared Shade to three other bands, so I’ll go back to Oasis. Oasis has their infamous “Morning Glory,” and Shade can have their ambitious “Morningmaker.” I chose to go back to Oasis because of the similarities in the dynamics and vocal style. In this track, Shade takes Oasis’ earnest chorus passages and overshadows them with notable one-liners like “no one’s there for me …” to develop a unique listening experience. Let’s just hope Shade doesn’t internally feud the same way Oasis did. Catchy guitar riffage makes this track go along smoothly but hard-hitting drum playing gives it a rough-around-the-edges feel to it. “Morningmaker” is the lead single off of the record, and it’s really no wonder why. This is hands-down one of the most underrated Canadian rock songs released this year.

“Colour Of Dreams,” is another face-melting banger. Pure rock and roll, baby. The song maintains a consistent drumbeat throughout, providing the perfect backdrop for memorable guitar leads and anthemic singing. “Combat Rave,” the LP’s title track, takes the listener to a distorted dream-land. The guitars, the bass, and the vocals are all put through audible amounts of distortion to give it that true psych-rock feel. “She Told Me” is another shout into the re-emerging void of 1990s brit-rock. Honestly, if that era of music were to face an immediate revival, Shade would be amongst its leaders. They capture that signature sound so distinctly that they’ve turned it into their very own gimmick.

“Controller” made me go ew. That opening is killer. For me, that’s as memorable of a riff as the intro from “Less I Know The Better” by Tame Impala. The song continues to mark its territory as the sleeper hit from the album with short-but-sweet verses that collapse into the funky intro section again and again.

I’ve been talking a lot about face-melting, hard-hitting, and everything else of the sort. But, all good bands can cover a wide range of sounds. Right when you think there isn’t going to be a slow song on the record, Shade throws two at you, consecutively. “Tell Me” and “Drive Me Wild” are two ballads respectively. “Tell Me” carries this ominous energy throughout, as if you’re hearing this song right before you experience something tragic. “Drive Me Wild” starts softly, but turns around before you know it with a whaling guitar solo to signal the song’s most intense moment. Combat Rave closes with “GTFO,” a song that generates the same vibe as its title. The record’s finale basically tells you to step aside and let them do all the dirty work. Overdriven guitars and an energetic vocal tantrum capture the LP’s very core and puts it on blast.

Rock fans of any sort will like this album and notice that it’s special. Plain and simple, there aren’t a lot of Canadian albums that sound like this anymore, not to sound like that guy. Shade could be on the cusp of something revolutionary with their debut effort, Combat Rave. They make a great addition to Toronto-based indie label Sleepless Records, who have put forth iconic albums like Touch by July Talk.