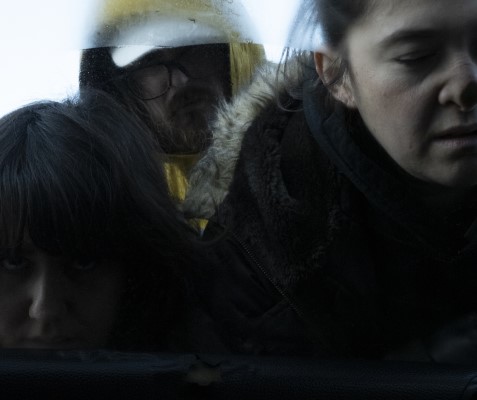 The song, while very much up to the interpretation of the listener, focuses on space and absence to create a groovy atmosphere. Interestingly, the song ends right in the middle of what sounds like the next reprise.

New Fries says of the song, “Ploce is the name of Tim’s fish who passed away—the figure of speech (not the place in Croatia). It refers to words repeated for emphasis. On the internet some examples provided are: “I am stuck on Band-Aid, and Band-Aid’s stuck on me.” “First she ruins my life. And then she ruins my life!”.”

The Toronto-based group has also announced that their upcoming LP, Is the Idea Of Us, will be released on August 7th through Telephone Explosion Records. The anticipated forthcoming record is their first since 2016.