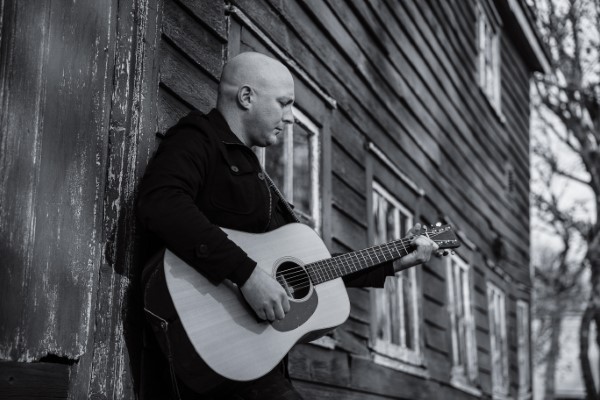 Newfoundland-based musician Justin Fancy’s new single “Think About You,” is an emotional and sombre song. His songwriting skills show their soft, sensitive side, creating a country track that yanks on the heartstrings of the listener.

“Think About You” is a sorrowful breakup track. Can you describe the process you had to undergo in order to get so in touch with your feelings here as a songwriter?

I wrote this song when the breakup was still fresh. There is obvious heart-felt emotion in the song and I’ll admit, it (the breakup) was definitely hard for me. I knew folks could relate because I’ve heard it so many times before. The notion that you still think about each other is a common theme after a breakup if there were any kind of feelings associated with the relationship. The process was simple for me – I connected my emotions with lyrics and song and something magical happened for me. It wasn’t just this song, I had written many during and after the breakup phase, in which some of them will be featured on the upcoming album as well. I have been writing a lot of songs based on my own experiences and try, as much as possible, to connect with the listeners and make the songs relatable and heartfelt. “Think About You” is a showcase of that.

The song contrasts with your previous single, “Long Time Comin’,” which is a more upbeat, feel-good country song. Was it an intentional move by you to release two songs that showcase your ability to write in both happy and moody styles?

Absolutely. I think of “Long Time Comin’” as an introduction to the industry and a ‘Hi, I’m Justin Fancy and here’s what I’ve been doing all my life’ notion, whereas “Think About You” gets a lot more personal and more recent. Creating a connection with the fans is exactly what I have always strived for in my live performances throughout the years, and it’s no different here. The contrast in both songs shows versatility as well as the ability to write about whatever the mood may be, and I thought it would be a good idea to release two different songs to show that.

You’re a fresh-new country artist with only two singles released so far. Can you speak on your experience about finding the courage to hone your skills and really pursue your passion for music as a newcomer?

I’ve always written and sang country music, but it has been only recent that I have really started to write what I feel should be shared with the world. My motivation stems off the song-writing for sure, but I have to give props to my producer Clint Curtis for my confidence in really pushing this forward. I have always struggled to find the “right sound” or the Nashville sound I really wanted to achieve, and I believed the only way to do that was to travel or move away to accomplish that. Luckily, I found Sevenview Studios. I knew I had the material and had an idea in my head how I wanted the songs to sound, so I presented it to Clint and he ran with it. When I heard the first mix to “Long Time Comin’”, I was in complete awe. I knew I had found the right person, and at home! Clint and Sevenview are based out of Springdale, Newfoundland. My ideas have now turned into realities.

Do you have plans for a full-length record? What can we expect from it?

Yes. The full-length album will be released in September of this year featuring the first two singles, along with 7 more original tracks. The songs will be similar to both I have released, reflecting on experiences, emotion, and heart-felt lyrics.

“Long Time Comin’” is played on over 30 radio stations nationwide. It’s also the first track you ever released. How have you been dealing with this hot start and did you expect your career to take off so fast?

The hot start has caught me by quite the surprise and I am so appreciative of all the support from the get-go. To be honest, it has motivated me to keep writing, keep working hard, and keep climbing. It has been extremely busy, but that’s a good thing right? I have to comment that I would not be seeing these level successes without a wonderful team around me, and want to thank everyone involved for everything you have done thus far. The notion that I am tracking in almost every province in Canada is mind-blowing for me and such an honor to be a part of the Canadian country music scene. The response has been very surreal.