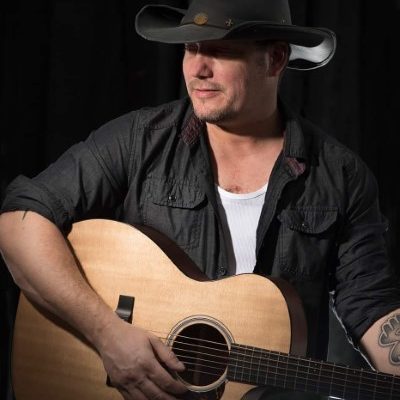 Check out the single below and find out more about Cory via our Five Questions With segment.

Hi everyone, my name is Cory Gallant and I am from Prince Edward Island.

I grew up listening to Waylon Jennings, George Jones, and Merle Haggard but really starting working on my singing and entertaining craft throughout the 90s, listening to guys like George Strait, Travis Tritt, and Tim McGraw. The songwriting started for me later on in life, but I’d like to think of it as a more traditional kind of style, with a modern twist to it as well.

Unfortunately due to Covid 19, all dates this summer have been canceled.  There were two international tours booked, but with the way this pandemic has affected the world, it is necessary to put those on hold.

Easily Addicted, which was released to Radio nationwide about a month ago.  Really has that modern but 90s feel to it like I was talking about before.

Canadian Beats is all about Canadian music, so who are your current favourite Canadian bands / artists?

I really enjoy Dean Brody’s music, I feel he is a great representative for Canadian Country Music, also Charlie Major, Paul Brandt, Blue Rodeo which were all in my vehicle or in my stereo growing up.