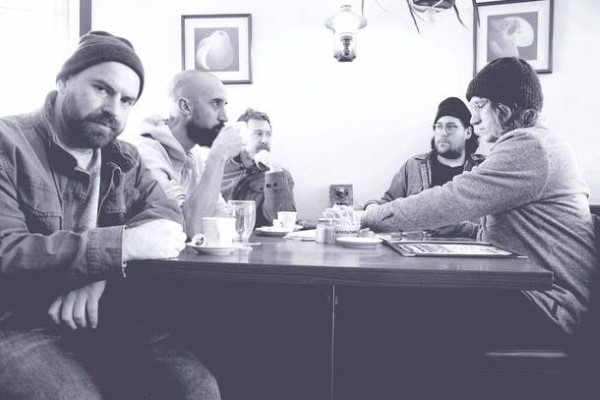 The Halifax-based band Beauts have released their brand new video for “Shut In”. Composed of Palmer Jamieson, Jeff Lawton, Darryl Smith, Erik Van Lunen, and Joel Waddell,  this band plays “rock songs that are scrappy and melodic” with “songs that are full of bittersweet hooks and shout-along choruses.” (Beauts Bandcamp)

Filmed during the summer of 2019, the video for ‘Shut In’ “finds the band throwing a birthday party in a downtown Halifax karaoke room. Juxtaposed with slow-motion footage, the band’s lyrical focus on the increasing disconnect between individuals, friends, and communities, and the worldly context in which the clip arrives today, the video is a reminder that life’s little joys are not to be taken for granted.” This is definitely something we all understand completely at this very moment.

During a time when there are so many unknowns and changes made to our life as we once knew it, this video surely does help us reminisce about the little things we may have once taken for granted. According to Beauts guitarist Darryl Smith, “There’s no way we could have realized at the time how prescient the song ‘Shut In’ would be nor that the video would play out like a highlight reel of complete irresponsibility in today’s world. Hopefully, it can serve as a reminder of what it’s like to hang with friends and a hopefulness for a time when we’ll all be able to do that again.”

“Shut In” can be found as the final song on their debut full-length album, Dalliance. The band has already been making a name for themselves, with Dalliance being named one of CBC Music’s “25 Canadian albums to look forward to in 2020.”  According to the band, “the record acts as both a marked demonstration of the post-punk-tinged band’s steady growth for those who have been following along and a bold introductory statement for those just coming to the table.”