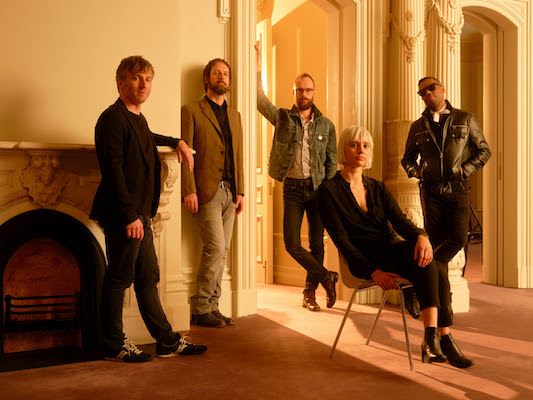 Lightburn recalls that he wrote “I Know What You’re Thinking…” while a nationwide manhunt dominated headlines and captured his imagination:

This is a song that came in rather suddenly. I woke up one morning and there it was, playing in my head. The news story of a manhunt for a couple of teenage kids who were charged with 2nd degree murder played in the background. I finished the song as news broke that two male bodies found were believed to be them. I am not at all saying the song is about this story, only that I was totally obsessed with the story as I wrote this song.

This is our ‘The More You Ignore Me, The Closer I Get’—a dark, unsettling, and unlikely pop ballad.

The Dears’ 2003 breakthrough album No Cities Left was a crepuscular, romantic soundtrack to uncertain times. 9/11. War. The looming economic crisis. Nearly two decades later, as they began work on Lovers Rock, the world’s mood felt eerily similar. If The Dears have always made apocalyptic love songs for an existential crisis, there are also other constants, starting, of course, with the band’s two core members for two decades: Lightburn and Yanchak. There are also certain sonic and aesthetic parameters, within which the music can be both unsettlingly experimental and impossibly lush: part Bacharach, part Krautrock. You could still call it pop music, “but it’s a different kind of pop music,” says Lightburn. “It’s very focused on a certain type of person. I’m embracing the idea that we’re providing a service,” he adds. Part of that, he thinks, comes from being a parent: “I’m in service to these other humans, so I embrace that role as an artist. I’m making this music because I know that there are people out there who need it.”