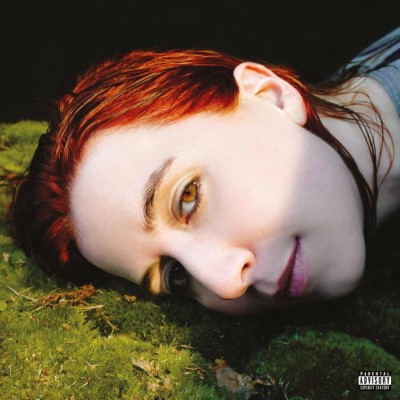 There are few emotionally exhausting experiences that outweigh the burden of a toxic relationship. Every waking day can feel like you’re standing in the middle of a minefield, where every decision you make can send you spiraling through the air back to where the negativity started. Toronto-based pop artist Austra’s newest LP, HiRUDiN, fastens the listener into the shoes of a victim, while simultaneously breaking the constraints of her own toxic relationship through a powerful soundtrack.

Katie Austra Stelmanis, who’s best known by her middle name, began to forget her name entirely when she found herself in the midst of a toxic partnership. The destructive energy began to wear on her ability to create music, causing her to second-guess her songwriting ability that has brought her nothing but success in the last decade.

“I was losing faith in my own ideas,” she said.

Stelmanis knew that the only way to go about constructing her fourth LP was to somehow transmute this toxicity into art. By finally leaving behind and learning from her toxic relationship, she began to trust her creativity again. So, she cooped herself up in a countryside studio in Spain with a brain chock-full of content and alas, HiRUDiN was born.

Upon listening, it quickly becomes evident that Austra’s unique voice is truly orchestral. The first track, “Anywayz” features standard pop instrumentals that would otherwise go unnoticed if it weren’t for Stelmanis’ choir-esque harmonies that effortlessly tower over the mix. The opening line on the track cradles the very theme of the record in its arms. “You make me so angry, I love you, I love you,” says Stelmanis, who sounds famously animated on the entire showing.

Austra leaves us hanging by the title of the following song, “All I Wanted,” but answers all questions in her cohesive lyrics. “All I wanted was your love,” she repeats throughout the track. This track is one of the more experimental showings on the record, combining the lush sound of strings with typical pop arrangements that make for a proper artistic rendition of heartbreak.

“How Did You Know” is a four-and-a-half-minute ballad dedicated to the negative emotions Stelmanis channeled and got off her chest in the songwriting process of the album. Contrastingly, though, she buries her thought behind a beautiful, formulaic arrangement of keys, strings that begin to make sense when a powerful chorus kicks in.

“Your Family” and “Risk It” follow Austra into the most experimental corners pop music has to offer. The former is an anthemic track that undergoes a significant transition in its middle-section. It almost sounds like the vocals become reversed as a collage of voices gather to scatter themselves about in the mix, leaving the listener with a challenging yet melodic piece. The latter exhibits Stelmanis’ voice like we’ve never heard it before: nightcored. For a good portion of the song, her voice belts out the memorable line “I wouldn’t risk it” at an effects-altered high pitch, almost making her voice resemble that of a little kid’s.

While this is by no means an ordinary pop album without any gimmicks, Austra’s decision to feature two interludes on her record is still really neat. It gives the album some more sentimental value. The chaotic transition-songs act as beacons that signal the transformation of Stelmanis’ grief into acceptance.

After the first interlude is through, “It’s Amazing” commences, which is one of the most cohesive songs on the LP. While not released as a single, the emotional hook “I don’t want to be afraid …” paired with bittersweet melodies is enough to solidify it as true ear-candy.

“Mountain Baby,” the third single from the effort, follows soon after. Another unique showing, the song features student’s voices from the Wilkinson Public School choir – the Toronto school where Austra’s mother teaches. The whole 11-song album follows its own theme of grief and relief, but this song has its own particular concept where the three sets of voices heard all represent different stages of a relationship, says Stelmanis.

“Mountain Baby explores the different stages of a breakup. Surrounded by a feeling of unknown and grounded only by a hidden sense to move forward (the choir), we’re also reminded through flashbacks of both the uncertainty and resistance we experienced in the relationship (Katie), as well as the pure, unbridled joy (Cecile).”

The next song, “I’m Not Waiting,” says it in its name. Stelmanis is not waiting around for you, for me, for anyone. She’s looking to take back her lost ground. This song crosses into banger territory and is probably one of the more likely to be played at a party. That’s fitting, though, as the song is all about self-empowerment and shedding off negativity. The song seeps into the second interlude, which this time around, is a collection of sounds from all sorts of instruments. It sounds as if a bunch of musicians gathered into a room and were tuning their instruments in preparation for a new song. This is kind of exactly what they’re doing, actually, as they set the stage for the album’s finale, “Messiah.”

Every album, especially a concept album, needs a strong closing track. Austra gives us a ballad here. Coming across like a Christmas carol, “Messiah” is grabby enough to be memorable. Her chimed vocals are echoed throughout the track like songbirds on a cool spring morning. This track asserts a sense of closure upon the listener, the same sense of closure Stelmanis was trying to achieve this whole time.

HiRUDiN is another promising release from Austra. Through and through, it showcases her ability to suffer from a creative slump and recover with her feet secured firmly on new ground. This album can easily resonate with its listener due to its clear theme of mending a broken heart, but is done in a challenging way that makes the happy ending in the album’s finale hardly accessible. While relatable and catchy, this album is not a walk in the park. Neither are relationships, though, as Stelmanis has shown us valiantly here.