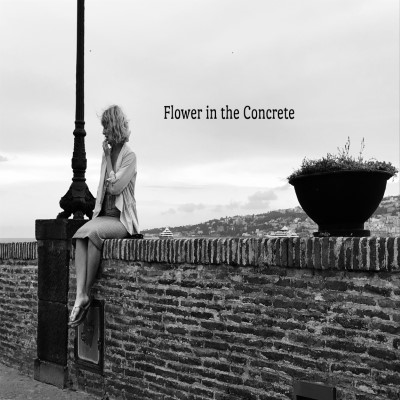 Toronto, ON-based folk-pop band, Running Red Lights have announced their retirement with the release of 4 singles in Spring/ Summer 2020. The releases will be a part of a “Sendoff Series” marking the finale of a fifteen-year career that includes a multitude of awards, notable performances, international tours, and some beautifully crafted music.

“Unfortunately, after 15 years, RRL lost its vivacity and it was time to let it go”, Scarlett remarks, “however, there still remained the question of what to do with all the material that never made it to a release. There is nothing worse than banishing a song to its grave, having never given it a chance to live.”

Today, we have teamed up with RRL to unveil “Flower in the Concrete”, the first single in the sendoff series. The warm and fuzzy mid-tempo springtime empowerment jam has taken on a few identities since it was written 4 years ago. It was originally conceived out of Scarlett and Kevin’s aspiration to become better people and also as an attempt to get out from under the dark cloud of negativity that marked that period. Now it’s transformed into an encouraging message of hope and perseverance. It is a fitting message in these troublesome times.

Check out the single below, and be sure to stay up to date with RRL as they continue to release singles via their sendoff series!