Five Questions With One Eyed Oracle 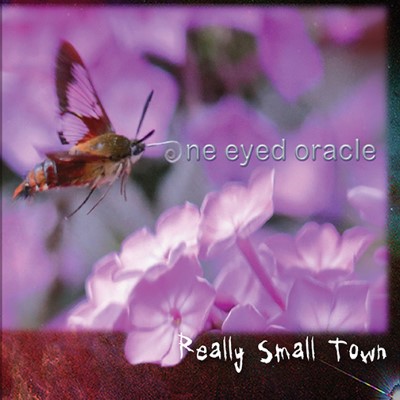 Toronto, ON-based experimental alt pop-rock artist One Eyed Oracle has unveiled his debut LP, Really Small Town. On top of this, he has released his single, “All I Am”, along with a video for the release.

Between the two — and the album’s remaining seven songs — Buhot worked tirelessly with co-producers Diamond Award-winning Jeff McCulloch (Wellesley Sound Studios) and Musicians Institute of LA alum Matt O’Rourke on percussion, to affirm: “Love doesn’t just make the world go ‘round, it holds it together.”

You have no idea what you will find until you look within,” he adds.

Check out “All I Am” below and find out more about One Eyed Oracle via our Five Questions With segment.

We are an emerging, socially conscious alternative band, with a multi-genre studio album based out of Oshawa Ontario, originally from the east end of Toronto or upper Beaches. My name is Boris and I write all the material. The music cascades from a punky pop energy to a soothing soulful explosive quality with elements of folk, and reggae thrown in for a twist. Writing always comes in spurts, usually guided after facing insanely outrages actions, or when my heart takes flight. I could never write a song for the sake of writing a song because that’s not how it works with me. When it works the song comes to me, not the other way around. I even get ideas and music in my dreams, though forget them before I have a chance to write any of them down.

All our shows have been cancelled, in addition, we do not want to jinx anything or anyone by putting the cart in front of the horse before the road has been re-opened, by rescheduling in venues that are largely all shut down, on hiatus, or declaring bankruptcy. Hopefully, July 11th in Toronto @Relish can act as our big CD Release party, but as soon as the air begins to clear, you can count on us, to get out there promoting our work “Really Small Town” and helping venues sell seats and lining up to see our fans.

Our live show? There’s a phrase about catching lightning in a bottle.

It’s raw and developing, every time we perform we try, and have been, raising the bar. It’s all about the music, there is no need to get showy when you reach inside somewhere deep enough the performance takes on another life, the act becomes real.

That question would be easy to answer if I didn’t have kids because you try not to play a favourite. The first one, the last one, the one in the middle, I love them all. The one that has been with me the longest is likely the one that has grown on me the most, not because of how long I have been enjoying it, but because of how long I wrestled with it. I would never give up on this song, it had, to me, so much potential, with a funky bass line,  a post-punk grunge worthy guitar, with even a splashy solo at the end, and much, much later, lyrics, which virtually dropped out of the Heavens just before I had to record them, with instructions how to sing them. That song would have to be ALL I AM.

The artists I like to listen to are the ones that not many others know about. They are the friends I’ve met along the road, who in their own ways are all headed in the same direction. Folk singers, crafty blues, yet all incredible songwriters. The types of people who stamp their lives on their work. You wouldn’t likely know any of them, and that is the shame, and I could never name just a few, yet some have recently passed away, and that would be Herb Dale and Pete Otis. We have such a rich base in Canada, and since I’ve been active these past 15 years it has only gotten better. Thank you, I had fun answering these questions, and thank you for reading Canadian Beats, 🙂 Boris – one eyed oracle!