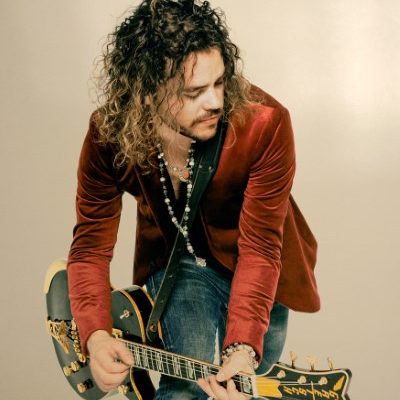 Quebec’s Ricky Paquette recently released his new single, “Hello”, which is co-written with Nashville-based and longtime friend, Trevor Finlay and Steve Mitchell. The track paves the way to a brand new record, set to be released in the upcoming year.

The video for  “Hello” was filmed in Nashville before Ricky made his way back to Quebec, due to COVID-19. Check it out below and find out more about Ricky via our Five Questions With segment.

I’m a 29-year-old, guitar player/singer/songwriter. I’m originally from Gatineau. I’m very passionate about music in general but my love for classic rock and blues is unconditional. Over the years, after exploring the world of writing, recording, and producing, I’ve opened up my mind to a whole lot more styles. I now like to say that I like “good” music, no matter what style. If it’s good, it’s good.

As much as I love good lyrics, for me, it always starts with the music. It normally starts with a chord progression and melodies on guitar or piano and then I let the initial feel of that idea dictate what the lyrics should be about. I normally find a few keywords or phrases, and then kind of fill in the blanks. It makes for an interesting process, as the initial topic often ends up being changed in the end. Its a process. It’s different every time for me, but more often than not, it’s a feel thing that develops into lyrics and not lyrics that I write music to.

I had an incredible spring, summer, and fall lined up. Unfortunately, due to the current pandemic, all of them have been canceled or postponed. As soon as we can get the live events back in action, ill be sharing that info on my website!

Until then, if I had to talk about my live shows in a few words, I would have to say that my live performances are passionate, intense, and genuine. I never play or sing a song the same way twice. I like to keep the performances exciting and fresh and keep some songs open to jamming and feeling the music with the crowd. Until we get to tour again, there’s a bunch of live videos on youtube of the various projects I am part of as well as some earlier solo stuff.

Definitely my latest single “Hello”. I’ve released many songs in the past few years but they were all with different artists and bands. I think “Hello” which was released in January 2020, is the song to listen to if you want to have an idea of where I’m headed!

There are many that I admire. On different levels. There are a few classics… like Neil Young, The band… Others that come to mind are artists like the Sheepdogs, Jack Broadbent, the Glorious Sons, Tenille Townes, Angel Forrest.