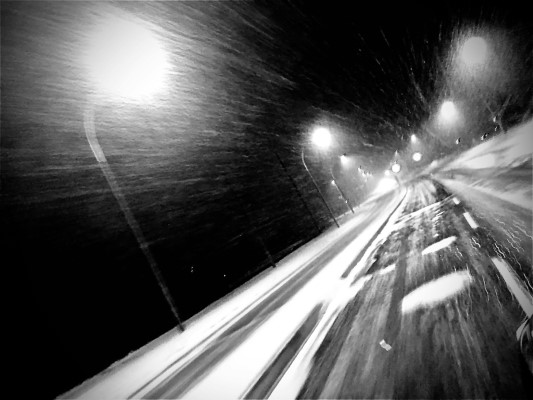 Toronto indie rockers Light Rail Transit are back with the follow-up to their 2019 EP, I, appropriately titled, II. With the release of this new four-song collection, Light Rail Transit continue to polish and refine their unique, new-wave inspired sound that brought them success the first time around. Overall, II definitely feels like an upgrade from the band’s first EP with its creative songwriting, tightened production, and what can only be described as an improved sense of self on the part of the band. The influences the Light Rail Transit takes from bands like The Killers and The Cure is evident on II, but the final product put forward by the band is undoubtedly distinct and intriguing.

Light Rail Transit strikes an interesting balance between the big, spacious, anthemic arena rock style of The Killers and Coldplay, but still maintaining a hazy understated and introverted aesthetic that evokes 80’s new-wave bands like The Cure and Depeche Mode. The EP’s opener, “New”, leans toward the rock side of the spectrum, playing off a crash-heavy drum beat punctuated by a simple rhythmic guitar riff, opening up the space that the rest of the record plays in. “Project 5” is a synth-heavy ballad carried by frontman Riley Urquhart-Ducharme’s powerful and dynamic voice, channeling his inner-Robert Smith of The Cure. Near the end, the track opens up, showing off the band’s impressive musicianship with a couple of massive, effect-heavy guitar solos. “More Than Biochemistry” takes on a more hushed tone than “Project 5”, seemingly building from the retro feel to incorporating more Coldplay-esque sensibilities and electronic flairs. This track also further shows off Urquhart-Ducharme’s impressive vocal range, shifting from gothic lows on “Project 5”, to a warmer, more hopeful tone. “Blood and Bombs”, the record’s closing track, is the perfect culmination of all of Light Rail Transit’s values and influences. The song sounds like a Killers song with new-wave riffs and it works. The clean guitars rip and soar overtop a cloud of synth, wild drumming, and a pulsing bassline push and pull against each other, while Urquhart-Ducharme delivers his emotional and evocative lyrics, he laments, “Whatever the weather, it’s not getting better.”

For a band to have discovered their sense of self so early into their lifespan is a rare occurrence, but that is what Light Rail Transit has demonstrated on their latest EP, II. Their sound is exciting in terms of its musicality and a captivating vehicle for their lyrics. It will be interesting to see going forward what form this sound takes over the course of a full-length album.

Share this:
Related ItemsIIILight Rail TransitontarioOntario MusicToronto ON
← Previous Story What to listen to in Quarantine: Sweater Puppies’ genre-defining self-titled EP
Next Story → Review – The Treble