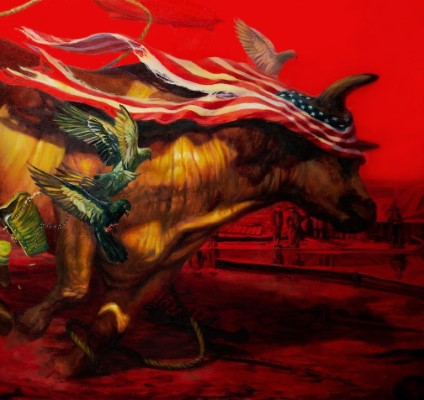 Protest the Hero recently dropped a new track to announce plans for their first album release in four years.

The progressive metal band from Whitby, Ontario is back with a brand new song called  “The Canary”, off of their upcoming record, Palimpsest.

“Palimpsest is by far the most challenging record we have worked on,” says lead guitarist Luke Hoskin. “The writing and recording process saw so many delays, it’s honestly hard to keep them straight. We are very proud of how each hurdle was handled though, and the end result is a record that we believe is deserving of such an endeavour.”

Here is the tracklist for Palimpsest, due out June 19.