Five Questions With The Vaniers 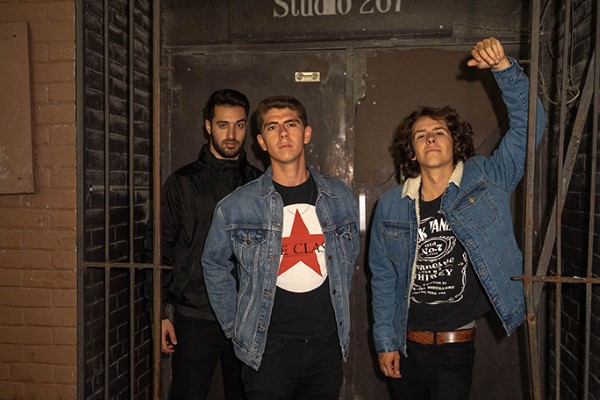 Canadian indie alt-rockers The Vaniers have released their debut EP, Who Are You To Say?, along with a lyric video for their single, “On The Regular”.

Their five-track breakout EP is inspired by band beacons like The Strokes or Arctic Monkeys.

“It’s got a carefree, toe-tapping rhythm that’s perfect for a day drink in the summer,” Paz offers of “On The Regular”s warm weather vibes and retro-inspired video. “It was written over a weekend at a cottage in Tiny, Ontario… We hauled all the equipment up after a late-night gig at Junction City Music Hall, set up after getting there around 3:00 am, and jammed the entire weekend.

We were just focused on having a good time when we wrote ‘On The Regular’ and I think you can feel that in the music.”

We are The Vaniers, and we are an indie rock trio based in Toronto. We formed in 2016 and have since been writing and playing music throughout the city. Last month, we released ‘Who Are You To Say? – our debut EP. And we’ve got plenty more in the pipeline.

Our music is a combination of mainly indie, alternative & garage rock. We draw inspiration from the likes of Arctic Monkeys, The Strokes & Kings of Leon. But we feel we have a unique sound led by powerful vocals, melodic guitars, and driven backbeats.

When it comes to our writing style, we take a pretty collaborative approach. Most times we start with a skeleton of a song, something that holds its own on acoustic, and go from there. Other times it comes naturally through jamming. We take our time to flesh out each song for both the stage and studio. To prevent our sound from getting stale we try to incorporate a lot of variety in our tunes. We don’t want to feel limited to a single genre of alternative rock.

I wish we did. We have nothing scheduled right now because of the global pandemic but when all this is over, we’re planning on a big EP release gig. You can catch us at any of the staple venues in Toronto.

For our live shows – you’d have to ask our fans or come see for yourself, but it can get pretty wild.

It’s tough to narrow it down to one, but we’d say, ‘On the Regular’. It’s the opening track of our debut EP and we just dropped a lyric video for it. A solid exciting rock tune we feel it gives a good taste to what we and our EP is about. Give it a listen.

There’s a lot of great Canadian bands on the scene right now. Our picks would be The Sheepdogs, Sam Roberts Band, and Black Pistol Fire.

Also, we have a Toronto Music Scene playlist on our Spotify page highlighting some of our personal favourites from the scene. Check it out.