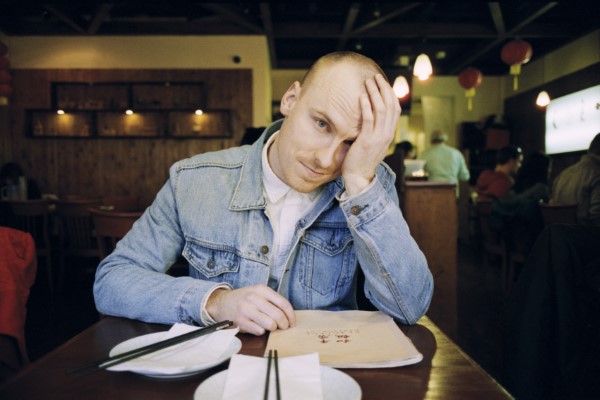 The album was recorded at Afterlife Studios in Vancouver, BC – and is said to be his most ambitious work to date. The album features contributions from Erik Nielsen (We Are The City, Deep Dark Woods), Andrew Rasmussen (Hey, Ocean!, Hannah Georgas), Alex Dobson (Old Man Canyon, David Beckingham), and more!

Check out the brand new video filmed at Sofar Vancouver below, and find out more about Noble Son via our Five Questions With segment.

Hi, Canadian Beats readers. I’m Noble Son, but my real-life name is Adam. I’m 5’10 with blue eyes and a slim build. When not writing ironic love songs or voicing commercials for breakfast sandwiches, I enjoy straightening objects in my home to avoid existential dread. 50% kidding.

Well. You know. Not a ton of gigs on the horizon. Sigh. Looks like MRG’s Westward Festival in September might still be happening, though. Will depend. If you don’t mind hanging with me in my apartment, I’ll be doing an album release stream on Saturday, May 16th via Side Door Access.

As for my live show – I’m super manic on stage, for better or worse. I interact with the audience a lot. People who like my live show tend to really like it, people that hate it still have a hard time looking away.

Joel Plaskett’s new record “44” might be the best album of all time. Not joking.