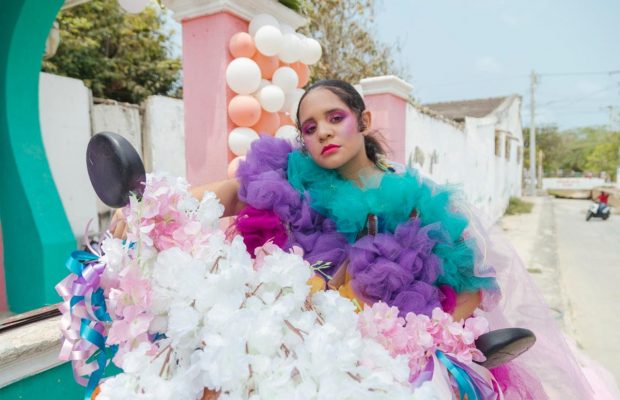 Stereogum’s Album of the Week, Miss Colombia, by Colombian Canadian musician, singer and songwriter Lido Pimienta is out today! This is her sophomore album and delves headfirst into the pain that communities of colour and indigenous ancestry have experienced in many societies. The electric cumbia blend is a modern take on experiences that can be dated back generations. Stereogum has called it “some of the most uniquely stirring pop music in recent memory.” Most of the record was recorded in San Basilio de Palenque—which is the oldest surviving town founded by freed Africans who had been enslaved in the Americas—as a testament to the record’s story.

The album was exclusively streamed on NPR Music as a First Listen. Lido will celebrate the album’s release tonight by taking over Pitchfork’s Instagram Live at 8pm ET to perform songs from Miss Colombia from her home. This livestream will direct viewers to a GoFundMe page that’s collecting for Wayuu families currently quarantined in Colombia due to the pandemic—which you can also donate to through the link in this sentence. Earlier today, she also did a National Arts Center #CanadaPerforms livestream on Facebook.

As a follow up to the album, Pimienta had released the song “Te Queria” on March 31st. The colourful lyric visual for the song can be viewed below. Lido says, “Te Queria is a song about moving on from those who won’t appreciate your light but still can see it enough in you to want to steal it.”