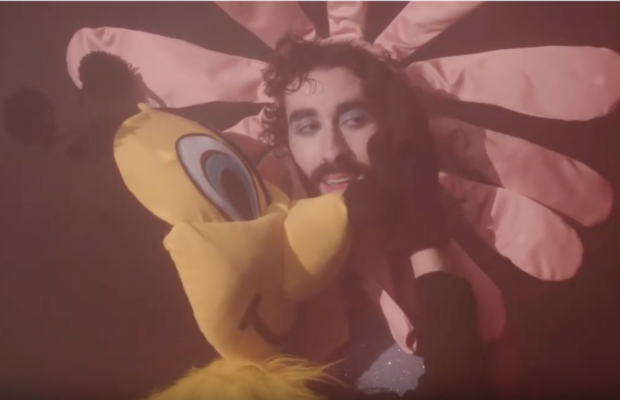 Montreal indie group Fleece has broken their three-year vow of silence, releasing a music video for their single “Love Song For The Haters.”

The video, directed by Dylan Mitro, portrays vocalist Matt Rogers as a flower who’s being haunted by their past lover, a bee. The flower can’t escape the bee. Rogers sees the bee everywhere he goes, but stands his ground and ultimately does not let his former flame pollenate. Love stings, right?

Rogers’ bittersweet falsettos carry the central theme of the song in every note: Letting go for the better.

“Love Song for the Haters” is about saying goodbye to the people who hurt you … It’s for the people that made me feel shame for being myself,” Matt says. “I don’t see them as bad people, but ultimately, this song helps me acknowledge that us being apart is better for both of us.”

This is the band’s first release since 2017’s Voyager. Before this track, Fleece spent time touring with indie-titans Tokyo Police Club and taking time to reflect on their respective lives. Luckily, this is just the beginning of more Fleece to come, as “Love Song for the Haters” is the first of three singles being released this spring.