Five Questions With My Oldest Friend 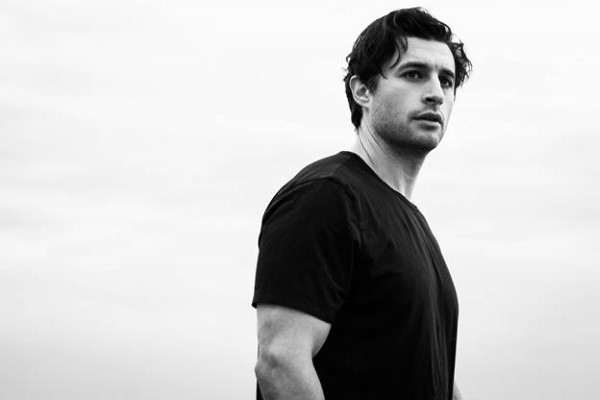 Canadian alt-rock outfit, My Oldest Friend is back with its newest single, and first mixed-media collaborative project, “Ghost”.

“The name comes from the title of one of my previous songs that dealt with nostalgia, sadness, and existentialism,” Richter explains of My Oldest Friend as a whole. “This project started when I moved from Toronto to Vancouver, and in wanting to combine my love for music and acting into one creative expression.

“For ’Ghost’ specifically, it’s an exploration of coping with abandonment,” he continues.

Since picking up a guitar at age 13, Richter has been writing songs. He is also an accomplished actor, including roles in Legends of Tomorrow and Nikita. To this end, it’s unsurprising My Old Friend aims to combine his passion for music with alternative mediums, such as film, video games, animation, the written word, and visual art.

“One of my primary inspirations is the idea of combining my art with artists from different mediums,” he explains, forecasting the nature and scope of various upcoming creative crossovers. For example, next on deck are a dancer and her choreography, and a photo series with a photographer. “‘Ghost’ — and its animation — is the first collaboration, and it will continue with other artists.”

“Two creative forces came together in the Fall of 2018 in an effort to create something eye catching and ear pleasing that would make a lasting impact on as many viewers as possible,” adds Peter Jones, the video’s director. “Jacob and I are both parents of young children, deeply involved in the arts, and both have an appreciation for the duality of life.”

Check out “Ghost”, which is their first film together below and find out more about My Oldest Friend via our Five Questions With segment.

I’m a musician/actor based out of Vancouver.  Music is my main passion, and I’ve been writing songs since I was 13. I created the project, My Oldest Friend, with the idea of collaborating with other artists, through film, visual art, and dance.  One of my main goals is to have my music placed in an awesome TV show like The Leftovers, or a cool video game like Silent Hill.  I’ve always been drawn towards and try to create music that feels epic, emotional and slightly foreboding.  I am hugely influenced by the angst in Smashing Pumpkins and Nirvana, as well as the feelings I had watching epic existential movies from my childhood, like Neverending Story, Return to Oz and Labyrinth.

I always hear music and melody first when I’m writing.   I’ve always been drawn to the expressiveness of melody, and the way in which someone sings, rather than the words they choose.  In fact, I usually only commit to final lyrics while I’m in the studio.  I leave it to the very end.  There’s something that makes me panic, thinking a song is officially finished, and that the words are committed.  I also try to have my endings differ from my beginnings:  I love the idea that a song is a journey;  it goes somewhere.

Given the quarantined state of the country, I don’t have any shows planned.   Once our society permits live music again, I plan on combining as much of the visual creations and choreography as possible into the live show.  I have the animation from the Ghost video which I’d like to project, and am working on a filmed choreography for another of my songs, Travelled the World,  with Canadian actress Natalie Krill.  I want the listener to be able to connect to the material on an emotional level, and for things to feel cinematic.   I’m inspired by a type of theatre made popular by Sam Shepard’s True West, in which the audience is caught up in the performance on an emotional level, but also has to deal with extra-sensory input:  the character in one scene makes toast in a cluster of toasters, and the smell permeates into the theatre as part of the experience.  I’ve yet to think of something as cool as that, but it’s an inspiration nonetheless!

Traditionally, I’ve played live shows with my sister on keys and supporting vocals.  That’s a pretty cool experience for me.

I’d recommend Ghost.   In my opinion, it’s the coolest ending to a song that I’ve created, and I loved the mark my sister made on the track with the distorted theremin sounds.   To me, the song builds to an awesome crescendo, and I love the feeling when a song ends and I just want to hear again right away.  The ending should be the best part!

I love Metric, Death From Above,  Protest the Hero, Mother Mother, and the super cool instrumental band Do Make Say Think