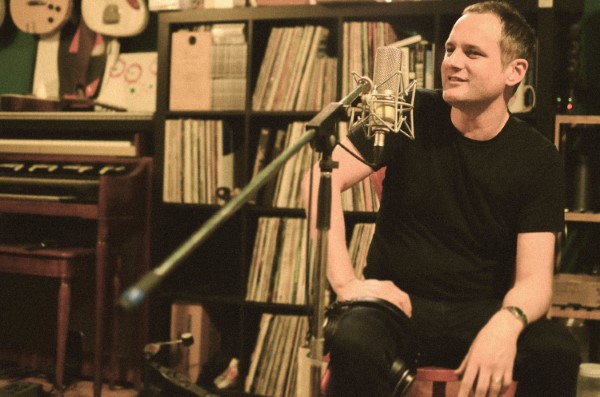 Calgary, AB-based singer-songwriter, Andy Eichhorn has released his new single, “Never Gonna Happen”. Taking a break from the industry, Andy hunkered down and started created on his own, he never planned on releasing his private recordings, but all that changed when he reconnected with friend & producer, Lorrie Matheson. Lorrie invited Andy to his studio, Arch Audio to hang & record, and now he has almost completed his solo 5-song EP, which will be released soon.

Check out “Never Gonna Happen” below and find out more about Andy via our Five Questions With segment.

Hi!  My name is Andy Eichhorn & I’m a singer/songwriter based in Calgary, Alberta.

My music can probably be put into a few different categories.  It’s Rock because it’s pretty straight forward but not heavy.  It’s Pop because the songs are very melodic vocal-wise.  People have described it as Power Pop.  On this EP we wanted to incorporate guitar sounds all the way from 60’s bands to 80’s stuff as well as mixing it up with Alternative Pop/Rock from the last couple of decades. At the end of the day though, the vocals and melodies were the top priority to get the messages of the songs across.

As far as writing style goes I’ve always written from a very simple place.  I look for vocal hooks or melodies first then the chord progression, sometimes one comes before the other.  Lyrics usually follow once there seems to be a foundation formed.  Once an artist has that you can really make it sound however you want, this kind of feel, that kind of beat or any number of treatments to make it fit a genre.

With the state of the world right now I have no booked shows.  I had plans to before things ground to a halt.  Hopefully, things return to normal soon so everybody can get back to playing and enjoying live music again.  With this project, I had been doing solo acoustic shows where you could really just hear the basic sentiment of the songs without anything getting in the way but I do have plans to play loudly with a band…and they’re great to watch and listen to!

Tough one!  I’ll go with Never Gonna Happen Again because to kind of encompasses what I’m trying to do in one song.  The rest of the songs on the EP are strong as well.  Some are lighter others are darker but that one represents the whole project well, I think.

So many!  I’ll just give you these names from a current playlist that I’ve been listening to: