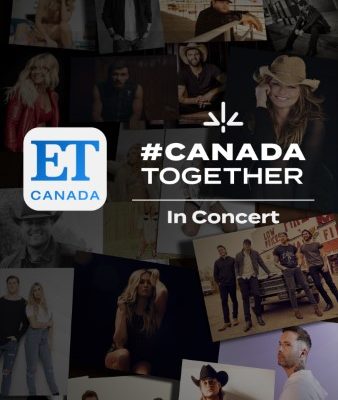 ET Canada in association with the Canadian Country Music Association and the CCMA Foundation are presenting Canada Together: In Concert to combat the hardships of the global pandemic.

While the concert can be only viewed behind a screen, ET says they’re aiming to bring a more intimate experience than ever, bringing exclusive artist interviews to the table.

The series premieres Monday, April 20 and will be broadcasted each night on ET Canada at 7:30 p.m. The string of concerts can be heard on the radio too, on stations Country 105, CISN Country 103.9 and Country 104.