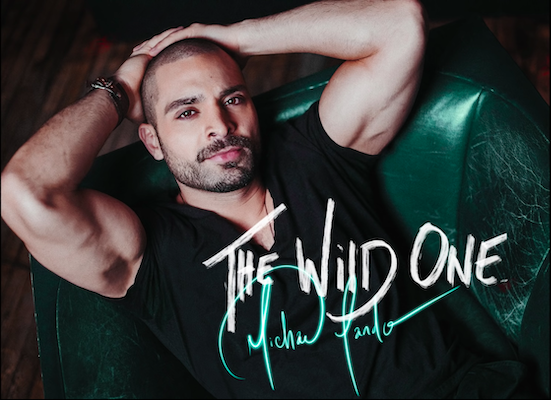 On Monday, April 20th, Canadian actor Michael Mando closes out Season 5 of AMC’s hit series Better Call Saul with a finale that features his character, Nacho Varga, getting closer to the cartel than he would like. Mando has played the fan favorite, right hand man to the heir of the Salamanca empire since the start of the series, a prequel to the wildly successful Breaking Bad, nominated for over 30 Emmy awards, in addition to Golden Globe and SAG awards. Seasons 1 – 4 are available now on Netflix, the perfect series to binge-watch by those self-isolating at home, especially those looking for content that has a combination of humour, action and character studies.

Beyond his acting career, one fateful encounter in New York with Prince’s guitarist Michael “Fish” Herring sealed Mando’s desire to share his music with the world. Having already set pen to paper with lyrical musings from a very young age, the meeting inspired Mando, a true multi-hyphenate artist, to follow his musical destiny and start producing music.

Following several months of meticulous preparation, Mando is now thrilled to announce the release of his debut EP titled “The Wild One”. His drive to deliver a personal piece of music is what led Mando to compose the EP’s self-titled first single, a heartfelt track that melds pop and R&B with just the right touch of rock. You can listen to the track below, and it will be available on all streaming platforms (Spotify, Apple Music, Deezer) very soon!

For Mando, The Wild One is an emancipation – the expression of a longing to reaffirm his freedom, to leave behind the metaphoric chains that had him imprisoned and finally fulfill his dreams.