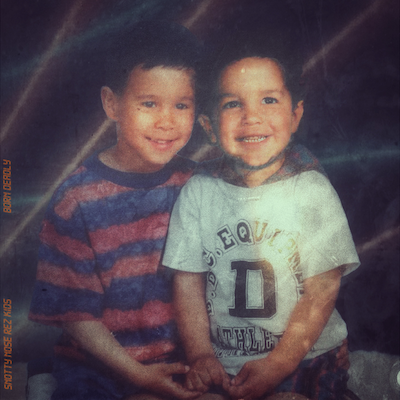 Last week, BC hip-hop duo Snotty Nose Rez Kids released their new EP “Born Deadly”, featuring lead single “Real Deadly”. You can stream/purchase the album here, or give it a listen below!

If you have managed to catch a Snotty Nose Rez Kids show, you know Yung Trybez and Young D were born to rage. That’s what inspired the concept of Born Deadly and its five energy-fueled tracks. In their community, “acting deadly” is a positive affirmation. The two dug up an old class photo from their youth for the cover and aptly named the project, Born Deadly. Further cementing their self-categorized genre of Indigenous Trap, SNRK dive into themes of self-love, community, activism and media critiques with their classic brand of playful lyricism. Influenced by Earthgang, Brockhampton and the Atlanta-sound, SNRK bring a raw power to their music that fans can connect with. Their track, Kobe Face is a thank you letter to the inspiration Bryant instilled in Trybez and D as basketball players and as artists. Channeling that work ethic has resulted in SNRK receiving multiple awards and nominations, amassing over 2.5 million video views, and over 8 millions streams. Their unique, raw and honest perspective is quickly solidifying Snotty Nose Rez Kids as an exciting emerging act in hip-hop.