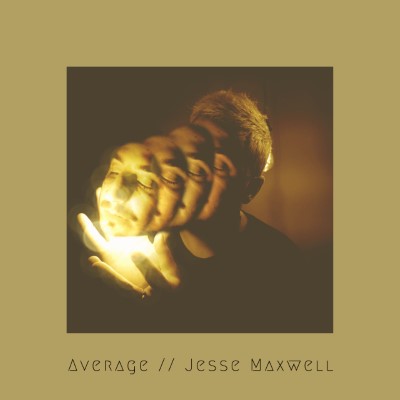 Toronto, ON-based breakthrough artist, Jesse Maxwell recently released his single, “Average”. The single is the first piece of music he has shared off of his upcoming debut album, Radio Silence, which is set to drop on May 22, 2020, via Trans Phatt Records.

“It’s funny. I wrote Average in less than 30 minutes, and when I first made it I thought it was just alright but everybody loved it and I couldn’t understand why,” Jesse reflects. “People connect heavily with honest emotion, without the clutter of complex wordplay or grandiose ideas; there is power in simplicity. In a way, I connect more with the subject that the character is singing about, rather than the character itself. I forget at times that what I’m doing and who I am is good enough, and there doesn’t always have to be more to realize the value in what is already there.”

Check out the lyric video below, and find out more about Jesse via our Five Questions With segment.

HELLO READERS!!! My name is Jesse Maxwell, I’m a singer/songwriter/producer from Toronto, Canada, and I am grateful you are reading this 🙂

I try to keep my music as authentic and true to myself as I can, which means, it is ever-evolving as we are as people. Genres are difficult for me, as I don’t stick to one, but I would say I make alternative R&B, Neo-soul, pop, and blues all fused into one sound. I am a storyteller, I like to capture moments and create a sonic landscape to place the listener there in real-time.

Since this quarantine, everything has been up in the air… I just performed for the Rivoli Living Room Sessions and will be doing the same thing for IHeartRadio Canada date TBD. If all goes well, on July 2nd will be my album release show at the Baby G. I have a 6-piece band, all of whom are incredible musicians and wonderful people. We will be playing songs from my debut album Radio Silence that will be released on May 22 and some unreleased ones that will be following the release of that album.

In terms of commercial appeal, I would tell everyone to listen to my song Average which was released on March 13 which is a chill easy-listening piece of bedroom pop that everyone loves. If you really want to get to know me as a person and what I stand for, my song Room In Hell that is being released on April 24 is very close to my heart and I was happy to know how transparent I could be in that song.

Canada has always been strong in the music game. I have been a fan of the Weeknd since the Trilogy album, it was unlike anything I had ever heard before and it inspires me to this day. I also love the music of Jessie Reyez and Daniel Caesar.