Home / Promos / DYLYN returns with new track “Something to Lose”

DYLYN returns with new track “Something to Lose” 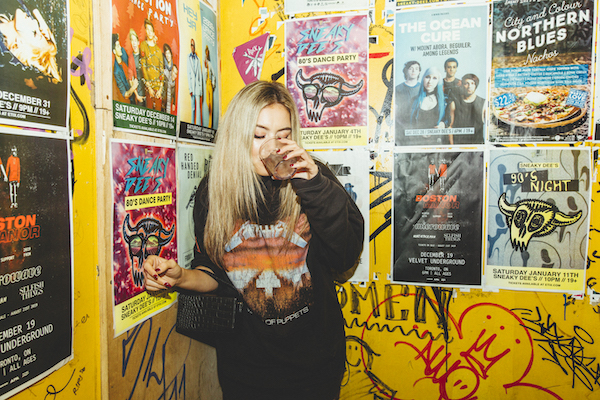 DYLYN is Gwendolyn Lewis. With a father of British descent, a mother from the Chinese Mainland, and growing up on the outskirts of Toronto on a musical diet of Led Zeppelin and Blondie, DYLYN released her 80’s synth-rock infused debut EP “Sauvignon In a Kimono” (Home/Nettwerk) in 2018 featuring the breakout track “Secret”. Since its release, “Secret” has quietly amassed an impressive YouTube profile – over 100 million streams. 2019 saw DYLYN traveling to Los Angeles and Vancouver to work with both Ryan Guldemond (Mother Mother) & Colin Munroe (Kendrick Lamar) writing and producing the material for her new album.

Last week, DYLYN made her grand return with new single “Something to Lose”, a track that stays true to her electro-pop sounds while exploring the harder-edged shadows of her creativity. The track has been paired with a fittingly introspective visual, which you can watch below!

According to Gwen, she wanted to evolve beyond the electro-pop sounds of her previous releases and explore the harder edged shadows of her creativity such as on the first single “Something to Lose”:

There seems to be a theme of an underlining darkness in this song, and most of the new record. I’ve enjoyed bringing out other characters that live within my spirit. It’s nice to dance along the dark side at times.