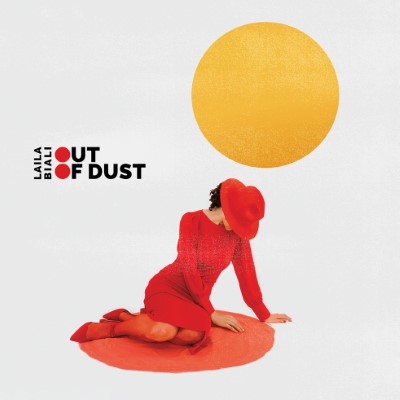 Laila Biali is back with the release of her latest album, Out of Dust, on March 27th. Biali is a talented pianist and singer-songwriter. “She beautifully mixes jazz with pop, creating a catchy and uniquely blended style all her own.” The past few years of Baili’s life has often been described as a rollercoaster. Between the high moments of winning the 2019 JUNO Award for Vocal Jazz Album of the Year and touring the world, to grieving the loss of a close friend and a family member, to being “diagnosed with two autoimmune disorders that threatened to upend her career”, Baili has persevered through inspiration and hope. Many of these experiences resulted in Out of Dust.

The album “deals boldly and optimistically with the subject of hopefulness and overcoming – which, given the current situation we’re finding ourselves in, is incredibly timely.” This is something that many of us need in our lives right now – a little bit of hopefulness.  The album itself is a dedication to two people dear to Biali and “touches on subjects of worldwide political upheaval, climate change, women’s rights, addiction, illness and loneliness, among others.”

“Revival” is the first track on the album. With seemingly politically charged lyrics, Biali’s powerful voice only adds to the rich, soulful sounds of this uplifting track. According to Biali, this song is about “transforming global tumult into an inspiring call-to-arms.”

Many of the tracks on this album remind me of a musical; like something you’d hear at the different stages/events of life. “The Monolith” is one of those tracks. This track seems to be telling a story. There is a sense of urgency in the music, giving the impression of moving forwards to meet some end goal. The addition of tracks such as ‘Au pays De Cocagne’, which Biali sings in French, and the emotion-filled ballad “Take Me To The Alley” aids in keeping the audience on their toes.

“Glass House”,  written with Biali’s husband “addresses the after-effects of a family member’s suicide.” The track is emotion-filled and leaves you with a sense of nervousness. The melody at the beginning aids this sense of nervousness, with each additional part of the track becoming less and less so.

The lead single from the album, “Sugar”, is “a funky, toe-tapping anthem for not feeling guilty about life’s guilty pleasures.” There is a strong focus on the voice until it gets to the chorus. Overall it has a nice groove to which keeps you moving along to the tune. It does end with quite the production, but I’m going to leave this to your imagination until you check it out for yourself!

The album ends with a track entitled “Take the Day Off”. According to Biali, this “lullaby written with her nine-year-old son, bluntly acknowledges the reality of healing, with Biali singing that it’s okay to ‘pull the sheets over your head’ and ‘unwind’ when you need to.” This has a different sound than many of the other tracks. An interesting and creative way to end the album.

According to Biali, “These new songs took shape as I processed my own feelings of doubt and loss,” Biali reveals. “I believe that nothing is wasted, that even life’s greatest challenges can produce something meaningful, even if only to make use more aware of and empathetic to the struggles of those around us.”  These powerful words are ones that we all need a reminder of right about now.