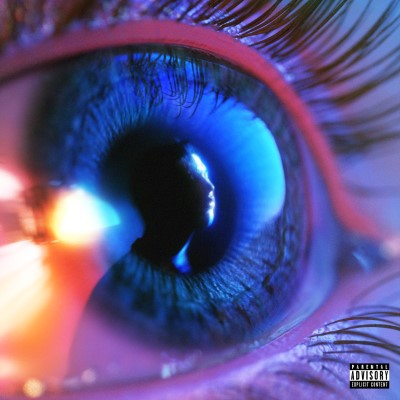 Making music, like any other vocation, is a craft that can be practiced and developed continuously over the course of one’s career. What may initially stem from bare-bones attempts at emulating the musical style of another can become a wholly individual and refined space carved out by an artist. An entirely distinct idea that makes imitators a relative non-issue to the artist that possesses this sound, as the gap between authenticity and reproduction is made vividly clear to the listener. Dream Awake, the latest full-length release from London, Ontario’s Black Atlass, falls somewhere in the middle of the plane between those two realms.

Where this album succeeds is in Alexander Fleming’s (Black Atlass) ability to have his music speak for itself. There are no lazy or cheap sounding beats or samples on this record. The music is intentional and tasteful, making it pair well with the overall tone of the record. Fleming’s engagement with the theme of lust that he set out to convey is evident on just about every track on this record. The two opening tracks, “Never Enough” and “Do For Love”, have a certain kind of glow to them in the spaciousness of the music that very much brings to mind the initial stages of blind infatuation that can come from new relationships. As the record progresses we hear new themes being explored through the music and lyrics. “Sin City” and “Show Me” take on a more intense, bass-heavy tone that conveys a darker, sexier message that is well-executed, but also sees the record take a noticeable step backwards towards the realm of reproduction.

Dream Awake is held back by its attempts to appeal to genre staples like The Weeknd and Khalid, in both musical tone and atmosphere, and in the vocal delivery and pacing of the record. In a lot of ways, it is able to stand on its own because of Fleming’s strong vocal performance and the care and depth that the music itself appears to have been treated with. But at the same time, by comparison to his previous records, it could be argued that he is capable of more. Fleming has a distinct voice and vision in his music, it just seems to be a matter of further refinement and more concretely carving out that space for that vision to truly flourish in.