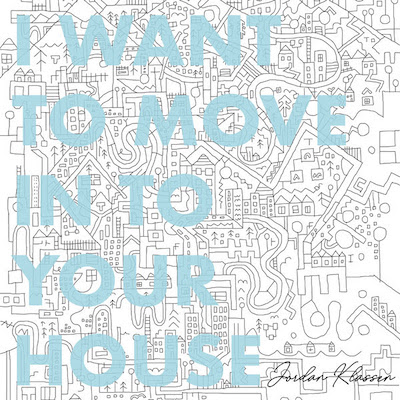 When it comes to forming our own personal identities, the wide-open expanse of possibilities for each of us is supposed to be empowering. There’s dizzying potential for defining oneself, especially for marginalized individuals, and in comparison to previous generations. But what is a person to do if the infinitely-expanding universe makes them feel not free and bold, but rather powerless, afraid, and small? To stand in the face of such choice may be difficult, but with his latest release, Tell Me What To Do, Jordan Klassen shows us that doing nothing isn’t an option. A perfect companion to his last record, Big Intruder, which was about growing up, Tell Me What to Do is about finding a home and an identity when many aspects of existence feel tenuous.

Following recent single “Identivacation”, Klassen is today sharing another track from the album. In “I Want To Move In To Your House”, Klassen seems to assume the persona of a classical musician from a previous century, with a lullaby-like melody that evokes memories and emotions, and seems to celebrate a golden age of the past.

Ironically, with Klassen’s new release, Tell Me What To Do, no one told him what to do. This results in an album conceived and written independently, without artifice or pretension. Although recorded in the midst of potentially crippling professional challenges, with this album Klassen embraced his inner muse. He took full creative control, leading to musical stories that are true, unadulterated expressions of his own search for identity in a transient world.

“I spent a lot of my youth asserting myself, drawing a circle around who I was and daring people to enter. Maybe that’s a necessary part of life, to go through a phase of marking the territory of your own identity. Maybe it’s the sign of our times, I’m not sure. Over the last few years I’ve found that my orientation has changed significantly, though. I’m less and less interested in self-discovery and more and more interested in the world around me, systems and relationships and history and where I’ve landed in those ever-shifting sands. While I was writing this record I was feeling that groan a lot; ‘Tell Me What To Do’. It was emphasized by my circumstances. Many of the towers that I’d built a refuge of identity in were burning to the ground. Many of the relationships that made me feel safe had begun to feel unsafe. For the first time since 2011 I made a record 100% independently, and I did it trying to remember why I started writing songs in the first place. I didn’t want to look over my shoulder anymore. Tell Me What To Do is a bit of a paradox because on the one hand I’m begging for something outside of me to inform my identity. On the other hand I forged a path that feels more like me than any I have before.”

“Tell Me What To Do” will be released on May 22nd. In the meantime, you can pre-order the LP here!