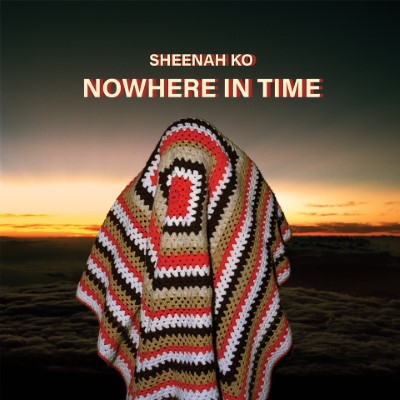 Even if Sheenah Ko’s name isn’t familiar to you, chances are you may have encountered her artistry at some point in the Canadian music scene. Whether as a member of Montréal indie rock band The Besnard Lakes or performing live with such esteemed acts as reggae group Bedouin Soundclash, her keyboard talents have spanned genres as broad as the country itself. But her solo work exists outside it all.

As her latest of such, Nowhere In Time feels like music of its own dimension. This sensation is framed on both ends by the synthesized soundscape and spectral wailing of the album’s opening and closing tracks, setting the overall tone for what happens in between. Throughout the rest of the release there runs a continual slight dark vibe, exemplified early by the foreboding verses of “Wrap Me Up.” This is even present in the somewhat funky and solo-exhibiting “See You,” and ironically so in the Sun-focused, energetic francophone jam “Bialystok.” It only really ever sort of lets up during the relatively serene “Taste So Good,” helping wind down to the tail end of a thoroughly vivid show of aptitude.

It should, of course, be noted that Sheenah Ko’s voice is very much on par with her keyboarding skills. It haunts, it incites, and it is delicately interwoven with the music. Across the album, layers of vocals and keys regularly blend together in entrancing, sometimes eerie ways. To shut your eyes and listen is to be transported to a sleek place of non-space: somewhere nowhere in time.