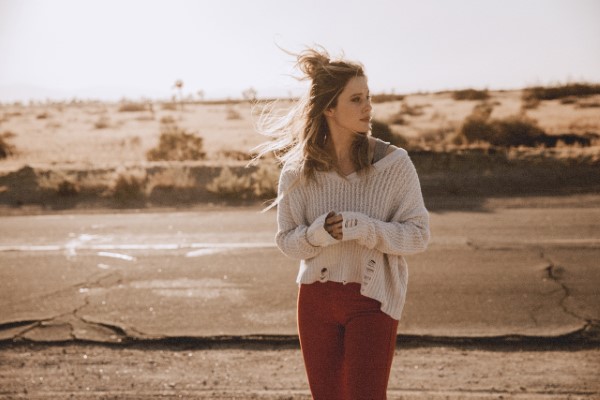 What started in 2014, when the Alberta songstress (aka Jordan Ostrom) won the ATB All-Albertan Song Writing Contest, grew into a steadily impressive career. Sharing the bill with heavyweights like Miranda Lambert, and Josh Ritter, her biggest break came when country icon Rhett Akins discovered her talent and she joined the roster of Home Team Publishing – created with his son, and country star Thomas Rhett.

We caught up with the budding songstress to find out about her road to Nashville, her new EP, and what lies ahead.

Having been working in the industry for many years now, what would you consider some of the biggest lessons you’ve learned about making music as a young artist?

Take us back to 2017 when you signed with the Rhett’s publishing company- what was that moment like?

It was very surreal, especially for a girl from rural Canada. Show business was something I grew up hearing about like it was another planet, so to sign with one of the biggest stars in country music was an impossible dream come true – I feel very lucky and sometimes have no idea how I got here!

What kind of effects or impacts has moving to Nashville had on your songwriting/musicality?

It’s made a huge impact. Before I moved to Nashville I was writing songs whenever I had spare time away from school or being a waitress, but once I signed my pub deal, writing music was my MAIN focus. So it really allowed me to hone my skills and experiment with stuff just because of the sheer volume of songs I was writing. I feel more confident now, and in a weird way I feel a lot better about messing up because I know that’s part of the process.

Your lyrics touch on so many relatable facets of youth and being in or out of love. Can you tell us a little more about your experiences that led to these songs?

All of the songs in some way or another are inspired by my life. I’m a bit of a romantic when it comes to life in general – I get swept up in emotion very easily and I feel things deeply. Getting to write this record was a great way to express some of those feelings that sometimes you just can’t say – Out of Luck is about wondering if everyone really only gets one shot at true love, and that’s a very real crisis I had when I was younger – wrestling with the notion that we’ll never really know if it’s passed us by or not. Record High was written to honor the side of myself that isn’t a performer or a writer – but a listener of music. I’ve always been a very eager consumer of music and I had never written anything to describe what a “record high” means to me.

When your fans listen to this EP, is there anything you hope they’ll take away from your experiences?

I hope they can relate to the experiences, honestly. One of the biggest pay offs of being a singer is getting the chance to share what you’ve endured with your fan base and hope that they can apply your feelings to their lives. Music unites us in that way – the songs start as mine, and they gradually become yours. That prospect is very exciting to me, that a personal expression of mine can go on to live its own life and mean different things to different people.

What was your experience working with Michael Knox? What was the collaboration process like between you both?

It was very cool to witness Michael in his element – he’s a legendary producer with a great ear and he taught me a lot about how to create impact within a song, and how to layer analog and digital aspects to create something modern with a very tangible foundation. He was also very deferential in the studio – he never wanted to lose what made a Sykamore song special, so he was always checking in with me and we made decisions as a team. That was really great.

What’s next for Sykamore? Where do you want to steer your career to next?

I’m really excited to expand my live show into the US, and continue to share the music all over the world. I also cut eight songs in addition to the five on this EP so I’d love to put out a full album in the near future, that is next on my horizon for sure.