What to Watch: Music Documentaries 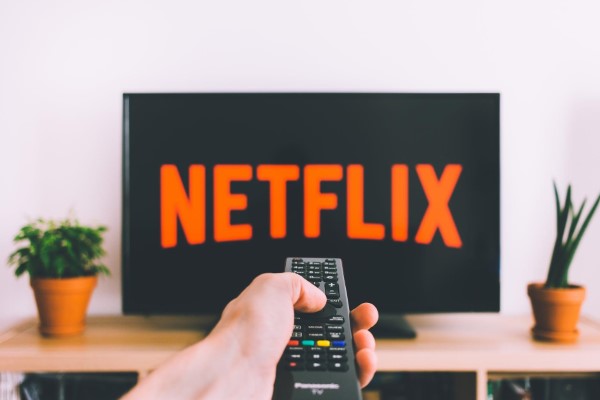 Music can be a true escape; whether you’re listening to your favourite records or reading about your favourite artists, there is an endless amount of music to consume. These days some of us have more time on our hands than we know what to do with. Thankfully, Netflix always seems to have our back and lately it’s become a go-to for music-based content.

We’ve put together a list of music documentaries that will have you glued to your screen. Check it out!

The 2015 film documents the ups and downs of one of music’s fiercest talents. From her early beginnings as an aspiring songstress to her catapult to superstardom, the film features archival footage granted access by Winehouse’s immediate family. Watching Amy’s early talents as a jazz singer is a truly special experience. While the latter half of the film depicts her personal and professional struggles, leading to her untimely death in 2011, fans of the songstress and those wishing to learn more about her life are treated to a thorough glimpse into one of music’s brightest stars.

Clive Davis: The Soundtrack of Our Lives

This documentary takes us through the life and career of one of the industry’s most powerful names – Clive Davis. The legendary record executive was the visionary behind catapulting some of music’s brightest stars including Whitney Houston, Alicia Keys, and Aerosmith. Featuring interviews with music legends like Shawn “Diddy” Combs, and Alicia Keys, and with music executives Simon Cowell, and Jimmy Iovine. The doc takes you through his family life, his career, his impact on the industry, and some incredible live performance footage.

This look into arguably the most powerful voice in music isn’t always easy to watch, but it provides a rare look into the life of Whitney Houston that many of us didn’t see – the woman she was off-stage, around her friends and family. Featuring interviews with her immediate family, close friends, and former staff, the documentary Whitney takes us through her childhood, her rise to the top of the charts, her personal triumphs, and her heartbreaking downfalls. Director, Oscar-winner, Kevin MacDonald doesn’t shy from asking questions surrounding the more controversial aspects of the performer’s life, but for those who were fans of the talent that was Whitney Houston, it provides context and perhaps clarity on why certain events in her life unfolded the way they did. What it also features are numerous light-hearted moments, clips of her performing around the world, and heartwarming photographs.

Martin Scorsese helmed this documentary on the famed musician and delivers over two hours of live performances, behind the scenes clips of rehearsals, a rare and recent interview with Dyla- the first in 10 years-  and a host of historical context that help in understanding elements of decades past. The film looks at Dylan’s legendary 1975-76 tour, it reflects on his career and the musicians he collaborated with throughout the years. It’s a “rockumentary” unlike you’ve ever seen before, and it’s incredibly entertaining to watch.

Bruce Springsteen’s broadway production comes to the small screen thanks to Netflix. His ability as a storyteller is on full display in this intimate special – taking audiences through his life’s story using his iconic songs. It feels like you’re watching a private concert in your living room; touching on life, love, death, and childhood. Springsteen is a seasoned performer and brings uniqueness in his stage presence and connection with his audience. His stories are rich in detail and his voice is as captivating as ever.

Legendary producer, label head, and musician Quincy Jones is profiled in this documentary; taking you behind the scenes and into the life and mind of one of the most recognizable names in music. Working with everyone from Frank Sinatra, to Michael Jackson, Celine Dion, and almost everyone in between, he’s been immersed in music for decades and quickly became a legend of his own right. Written and directed by his daughter, actor Rashida Jones, the detailed film features sweet familial moments, insights into his incomparable career, his multiple health scares, and thorough memories of his childhood and personal life.