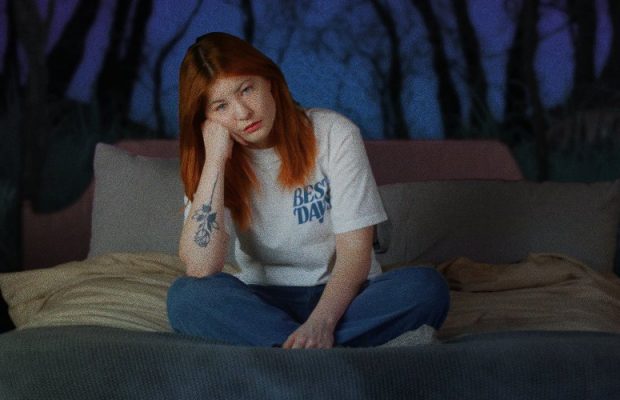 Released on February 28th, “I Feel A Darkness” is singer-songwriter Taylor Janzen‘s newest single. The Winnipeg musician creates a conversation of her mental health in the song. She wrote the song while driving home from a party, after months of mental health slowly deteriorating. It helped to put it into words. Last year, Janzen’s second EP Shouting Matches was released, which was the first time recording with a full band in a studio environment.

Taylor was scheduled to go on tour supporting Beabadoobee this Spring, but it has unfortunately been cancelled. As of now it looks like she is still scheduled to perform at Forecastle Festival in Louisville, KY which takes place from July 17th to 19th. If you were looking forward to seeing her on tour, another great way to show support is by purchasing her merch!