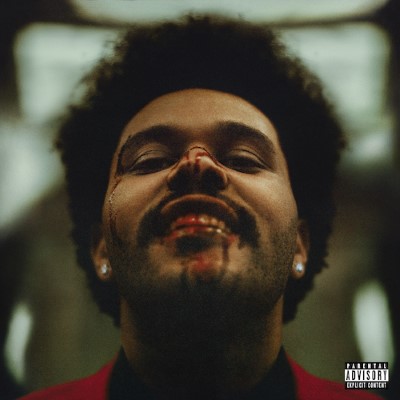 After Hours is the fourth highly anticipated album from Toronto based artist, The Weeknd.

After Hours is an odyssey that showcases The Weeknd’s full breadth of talent but also exposes the costs of such heights. Like a tragic stage play, the album falls into several acts, each one capturing a distinct mood of The Weeknd’s calamitous cycle of fate.

The first act starts with moody, dark electronica, with only the Weeknd’s light falsetto to brighten the path forward. These songs are thick with themes of loneliness, desperation, lack of identity, but first and foremost, regret over lost love with the strong implication, this loss was entirely The Weeknd’s fault. At the end of the first act, however, the dark electronica turns to a melancholy 80s pop ballads, where The Weekend pitifully tries to pick up the pieces and move on.

In the second act of After Hours, The Weeknd uses trap-style hip hop and explicit lyrics about money, fame, drugs and casual sex to show the listener how he’s filling the hole in his heart. This act seems to be framed as a commercial and career-high, but an intensely personal and spiritual low. This act ends dramatically with the track “Faith” where The Weeknd describes a low so intense, he seems on the verge of death — in this deep pit, though, The Weeknd has a revelation “in the back of a claxxon car,” that he needs to sober up and find love again.

The Weeknd seems to achieve this though as the third act is pure joy. Using earnestly upbeat pop synth ballads, The Weeknd makes the listener feel as happy as he must have been to shed his previously shallow life and reclaim real, honest love. I honestly think you should check your pulse if you find yourself not bouncing along to this bubblegum. There is the hint at the end of this act, though, that there is trouble brewing in this heady love affair. As the act starts to close, The Weeknd, while still in bouncy pop mode, begs forgiveness for making his lover cry by being emotionally distant. The act then ends pathetically with the track “Repeat After Me” where The Weeknd’s lover has definitely moved on and he only begs them to say “You Don’t Love Him” over and over.

The final act is perhaps the most tragic as After Hours starts where it ends — moody dark electronica —  but with the strong implication this cycle is only going to repeat as this tragic play is just The Weeknd’s nature. To fill the void of this latest breakup, he will fall back into shallow habits like addiction before falling in love and through his own inattentiveness, lose it again.

There are so many tracks on this album I could pull for standouts, but if pressed, I’d choose “Hardest to Love” from the first act, and “Blinding Lights”, “In Your Eyes”, and “Save Your Tears” from the third act — but After Hours has such breadth in its style and mood that is truly best experienced as a cohesive whole.