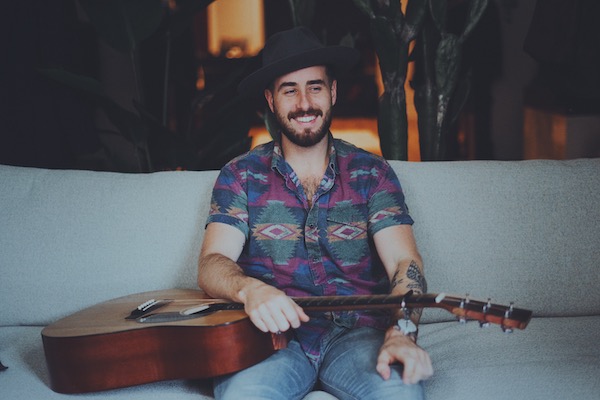 Last week, Cape Breton singer-songwriter Mike McKenna Jr. released “The Town”, the second single off his forthcoming album “At the Edge of the World”. True to Mike’s exceptional talent for musical storytelling, the track is sure to encapsulate each listener with a warm, Americana tone and wistful elements of the past and future. You can buy/stream “The Town” here, or listen to it below:

When asked about the track, Mike painted a picture of a coal mining town that eventually suffered an economic downturn, driving residents to move away to find work:

“The town became smaller and quieter. When I also moved away, I felt compelled to write something commenting on the changing identity of ‘the Bay’, my nostalgia for my upbringing there, and the hopeful future.”

With a heavier Americana vibe and an incredible list of collaborators, Mike McKenna Jr.’s album ‘At The Edge of the World’ brings forth an all-round wider and more explorative studio sound than his previous work. Produced by 23-year-old Berklee graduate, Victoria’s Quinn Bachand (Rosier, Kittel & Co, Brishen) along with the talented hands of Jon Anderson (Andy Shauf, Aiden Knight, Foxwarren) on mixing and Philip Shaw Bova (Father John Misty, Feist, Bahamas) on mastering. While Mike’s first album was more stripped-down and introspective, ‘At The Edge of the World’ delivers a fuller, livelier set of tracks featuring Mike’s incredibly raw, soulful vocals surrounded by a beautiful mix of electric and bass guitar, strings, pedal-steel and drums. This sophomore concept album also contains carefully chosen poems, protest songs and work songs that weave into Mike’s own writing and touch on the history of Canada’s East Coast.