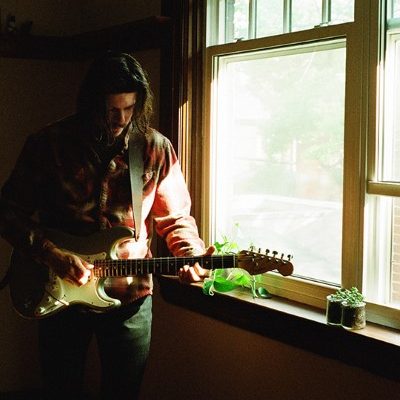 “This song was written in response to the current state of our planet,” he shares of the track and its origins. “The turmoil in which we live has reached an unfathomable level… Some days it becomes unbearable to even exist.

It was on one of those very days that ‘Set Free’ was written.”

“Set Free” is the second new single for Brooks since his 2019 take-notice debut, A Turn in the Bend.

Check out the video below and find out more about Oliver James Brooks via our Five Questions With segment.

Hey there, I am a singer/songwriter currently living in Toronto, Ontario. I am originally from a small town just a few hours north of the city called Markdale–It’s where Chapman’s Ice Cream is made!

I would say my musical style mixes in a bit of indie, a bit of rock and a little folk. My favourite musical artists include Neil Young, Bob Dylan, Joy Division, Elliott Smith and Kurt Vile, and I guess I take little bits and pieces from what I like best about their work and I put that into my tunes. For me, every song starts out on my acoustic, then I like to think about what the electric guitar part could be, what happens if I add some harmonica or hand drums? Or some weird organ notes? I guess I like my songs to feel organic and sound that way too.

In terms of writing, I never force it. I can’t sit down and write a song, well, not a good one anyway. I like to wait until they just sort of happen. My one tune, “It’s Not Just Me” from my first album A Turn in the Bend was written in about 5 minutes, recorded once, and never played again. I don’t even know where it came from, but I like it because it scares me. For other songs, I might have bits and pieces that sit around for months until they randomly come together. I write about what’s going on inside and what’s happening outside. I don’t like to be super obvious with my words, I would much rather leave it up to the listener to interpret however they see fit. I have a full acoustic-only album that I wrote and recorded just because I needed to get the stuff I was feeling out as quick as possible, I didn’t want to lose any of it. I think when that album is released, it will be interpreted many ways, all very different from the original source of inspiration.

I did have a few shows on the horizon, but with what’s happening in the world right now, everything is postponed for good reason. I don’t have a band, so when I play live it’s just me, my acoustic guitar and likely my thermos, which would have some chamomile tea inside of it. I would say my live performances are very intimate and errors happen when I play, but I think that’s a good thing, makes it real and humanlike. When I performed this past year at Indie Week Music Festival I forgot to tell the audience that I was playing my last song, I just ended the song and then said, “Oh ya, that was my last one, thank you.”

I would have to say my latest single, “Set Free.” With what’s happening in our world at this very moment the song just feels relevant.

My favourite Canadian artist is Hayden. Has been for a while and will likely stay that way for an even longer while.